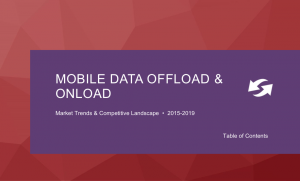 Video traffic over smartphones will increase by nearly eight times between 2014 and 2019, according to Juniper research.

The new ‘mobile data offload and onload’ report estimates that the average monthly data usage by smartphone and tablet users will double over the next four years, bolstered by the rise in 4G adoption and factors such as HD video usage.

Video currently accounts for around 60% of global IP traffic and, in some developed markets, this proportion is likely to exceed 70% in 2-3 years, said Juniper.

The research forecasts that mobile data traffic, generated by smartphones, feature phones and tablets, will approach almost 197,000 Petabytes by 2019, equivalent to over 10 billion Blu-ray movies.

However, the majority of this mobile data traffic offloaded to WiFi networks, with only 41% of the data generated by these devices will be carried over cellular networks by 2019, according to Juniper.