Freeview Play on track to launch this year 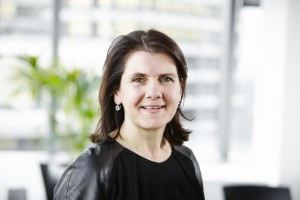 Speaking at the DTG Summit 2015: Driving Global CollaborVation in London yesterday, Howling said that the testing was well under way on the first set of Freeview Play devices and that commercial discussions had begun with the next wave of manufacturing partners.

“Now, as I speak, Arqiva, who, are doing the work developing the central metadata system, are in the very final stages of production. Testing has started. Panasonic and Humax are well advanced in their development and launch will be this year,” said Howling.

“Freeview is primed and ready to support the new service with its heaviest-weight advertising campaign to date. I’m not naming the date today, but it is coming soon.”

Howling said “well over 40, 50” manufacturers had now requested the specification for Freeview Play and that the firm is “in commercial negotiation with the next wave of manufacturers.”

Howling gave attendees of the DTG Summit a first glimpse of the Freeview Play EPG on Panasonic TVs. This, she said, will look like a conventional EPG, but with a ‘catch-up button’ at the bottom of the display, designed to let viewers easily access on-demand content.

Howling also displayed Humax’s Freeview Play box, which she suggested would retail in the UK at between £199 and £229.

The news came on the same day that Freeview announced it has passed the 100 million mark for the number of Digital Terrestrial Television (DTT) TVs and boxes sold since launch.

Digital UK provides operational support for the Freeview platform, including management of the Freeview electronic programme guide. It also leads on developing DTT strategy, working with its broadcast partners and industry. The BBC, ITV, Channel 4 and Arqiva own Digital UK.