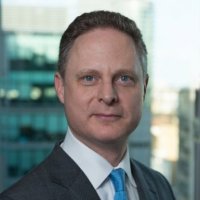 Video technology start-up V-Nova, which has been operating in stealth mode for the last five years, has unveiled a new compression technology that it claims will revolutionise video distribution by permitting the delivery of UHD quality at current HD bitrates, HD at SD bitrates, and SD video at audio bitrates.

V-Nova unveiled its Perseus compression technology at a press and analyst event in London on Monday. The company says its proprietary technology can provide compression or the order of a factor of two or three over existing MPEG technologies, including HEVC, H.264 and – for contribution applications – JPEG2000.

V-Nova’s technology has been developed and tested over the past five years within an Open Innovation consortium of over 20 companies and organisations, including Broadcom, the European Broadcasting Union, Hitachi Data Systems (HDS), Intel, and Sky.

“This is a new way to compress video. The benefits are clear, it shifts the entire bitrate-quality curve…and it means we can offer UHD quality at HD bitrates,” said Eric Achtmann, executive chairman of the London-based outfit.

Achtmann said the technology would enable the deployment of mass-market video services in emerging markets by enabling the distribution of video over 4G, 3G or even 2G networks, with standard definition video distributed at sub-audio bitrates. “For the one third of the world that still has insufficient bandwidth for video…[this] means that if you can receive a call you have the ability to receive video,” he said.

V-Nova claims to use standard off-the-shelf hardware and says its technology can be overlaid on MPEG, meaning that existing video distribution players can use it to provide services.

Guido Meardi, CEO and founder of V-Nova, like Achtmann a former McKinsey & Company executive, said that V-Nova had stepped outside the framework of MPEG compression to use hierarchical compression techniques and “massive parallelism”.

V-Nova has high-profile backers and the company has been working with Sky Italia on using its technology, initially for contribution applications.

Sky Italia’s head of engineering and innovation Massimo Bertolotti was on hand at the launch event to provide details of what the company has been working on. “Contribution was the perfect ecosystem where a new technology can be tested,” he said. Sky previously used JPEG2000 for contribution but is switching to Perseus, with a target date of June for completion of the transition.

V-Nova demonstrated contribution output at 300Mbps at the event, compared with 1Gbps for JPEG2000, based on a live uncompressed 12Gbps feed. It also showed the same live feed in UHD at 8Mbps compared with a 21-27Mbps HEVC feed. Another demo showed UHD Profile D recorded content at 8Mbps, compared with a HEVC feed at 21Mbps.

Actmann said that V-Nova’s patents were “clean”. V-Nova plans to license the technology and has no current plans to make it available for standardisation. The company believes that the step-change in compression it offers will be compelling to broadcasters and video service providers.

“We have seen lots of incremental change sin codecs for decades,” said Achtmann. “The fundamentals have not really changed. Where the incremental benefits are 10-20%, the business case [for change] is hard to justify. When you show a five times improvement, this is no longer an incremental change but a paradigm shift.”

V-Nova’s launch comes as the creation of a new patent pool for HEVC compression has raised the possibility that the deployment of services using the standard could be slowed down. Last week a new group, HEVC Advance, said it would begin licensing patents for HEVC/H.265, likely meaning additional costs for producers and distributors of 4K content.

The initial list of licensors is expected to include GE, Technicolor, Dolby, Philips and Mitsubishi Electric. Royalty rates and licensing terms will be made available in the second quarter. The HEVC Advance patent pool will formally launch in the third quarter of 2015.