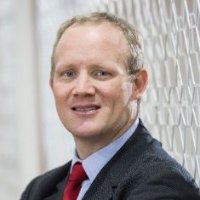 Sky and Liberty Global-backed YouTube multichannel network (MCN) Whistle Sports has closed a US$28 million (€24 million) Series B funding round, it has announced.

High profile backers included Liberty Global and Sky, with the financing round led by Emil Capital Partners, an affiliate of the Tengelmann Group.

“Whistle Sports fits our investment criteria, as they are truly game-changing with a great team, strong partners and demonstrated leadership in their field. We’ve kept a close eye on the company’s rapid international expansion and are excited to be part of their dramatic growth,” said Simon Freer, chief commercial officer at Liberty Global.

Sky first revealed back in 2014 that it had invested US$7 million in Whistle Sports. The full Series B round follows an earlier US$8 million Series A funding round that Whistle Sports completed in 2012.

Whistle launched its MCN in January of 2014 and has now scaled it to 12 million subscribers and 225 channel partners. Its videos have been viewed more than 2 billion times.

Since expanding across social platforms including Facebook, Vine, Snapchat, Instagram and Twitter, Whisle Sports claims its reach is now 50 million people and growing by more than 10 million each month.

“We are reaching and engaging a huge demographic of digital natives, who have very different sports media consumption patterns and requirements. This additional capital enables us to rapidly accelerate and support the growth of our community as they redefine what sports media means to them,” said John West, founder and CEO of Whistle Sports.