Return of the moguls

US media mogul John Malone was heavily mocked by the German media when he originally set his sights on the country’s cable industry in the 1990s and famously attempted to acquire all the former cable assets of national telecom operator Deutsche Telekom, a set of network assets that served almost 12 million homes at that time. Not only did the media react badly to the prospect of dominance of the cable industry by the US giant, the German antitrust watchdog nixed the deal entirely, ruling that Telekom’s cable assets were too large to be sold to a single bidder. 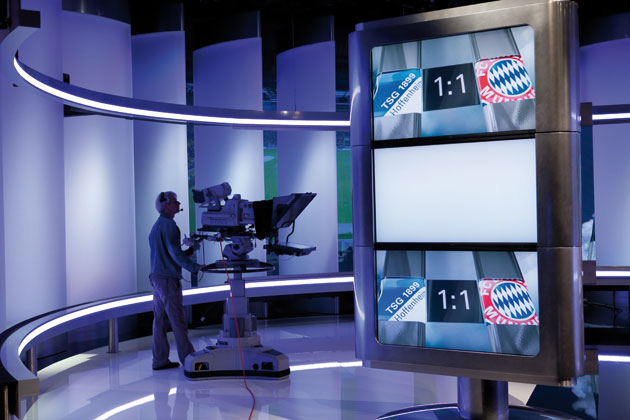 Having learned the lessons from this initial abortive foray, Malone has prepared his second move into Germany more carefully. In March Baden-Württemberg cable operator Kabel BW was sold to Liberty Global for about ?3.16 billion. While the deal still needs the regulator’s consent, if it goes through it will give Liberty more or less equal status in German cable with Kabel Deutschland, up until now the largest operator by far. Liberty Global’s purchase of Kabel BW followed its earlier acquisition of Unitymedia, the second largest operator, which owns networks in neighbouring North Rhine Westphalia and Hesse. This earlier deal secured regulatory approval without any problem, since cable in the regions of North Rhine Westphalia and Hesse reached only about five million homes. The recently acquired Baden Württemberg assets raise this number by about two million, still leaving Liberty slightly short of Kabel Deutschland’s total of eight million subscribers.

“I don’t see any major problem,” says a business consultant familiar with the deal regarding regulatory approval. “In the last year the map of cable business has changed quite  a bit [and], even with Liberty becoming a strong player, is likely to become even more competitive.”

In fact the German telecom market overall has seen significant growth and development, with cable operators finally starting to make respectable revenues from triple-play while IPTV from a number of providers is also growing. Deutsche Telekom’s Entertain IPTV service has brought the telco back into the business of TV distribution in a major way, as a quick glance at Germany’s digital and analogue TV figures shows. According to the Satellite Monitor on Germany issued annually by satellite operator SES Astra, the number of cable homes declined again in 2010 to 18.2 million from 18.6 in the previous year and the number of satellite homes rose to 16.7 million compared with 16.2 million in 2009. The number of terrestrial homes remained on the same level with two million while the number of IPTV homes climbed from 0.6 million to over 0.9 million. The shift from cable to satellite is not due so much to the fact that individual homes switched to satellite but rather due to big local independent cable providers including providers of services to large apartment complexes installing satellite reception equipment and giving up their contracts with cable operators.

However, despite the fact that German cable has been losing TV subscribers, the country’s cable operators report increasing revenues. The reason is clear when the digital numbers are broken out: in 2010 82.3% of satellite homes were digital, up almost 9% compared to 2009, preparing the ground ahead of satellite’s forthcoming digital switchover next year. In cable the ratio of digital-to-analogue households was 37.6% to 34%. Cable operators have given no indication of when they will migrate to all-digital.  However, the loss of subscribers is due to cable operators losing analogue clients, while the revenue per subscriber is going up thanks to the successful sale of triple-play and other additional services.

At the end of last year, Alexander Henschel, managing director at Munich based consulting firm Goetzpartners, estimated that the value of the entire German cable market was in a range of about ?11-14 billion, depending on whether the figures were based on earnings or a revenue multiple or a per-customer value. Henschel estimated the value of Kabel Deutschland to be between ?4.8-5.6 billion.
Based on Henschel’s estimates, Malone paid a lot for Kabel BW, which Goetzpartners valued in a range between ?1.3 billion and ?2.1 billion. Liberty Global competed for Kable BW against private-equity investor CVC, with the latter’s final bid remaining below ?3 billion. Kabel BW’s former owner EQT had previously announced that it would bring Kabel BW to the stock exchange, following Kabel Deutschland’s successful IPO.

The question now remains as to whether consolidation of the cable industry in Germany has come to an end. In fact, even with the major assets accounted for, there are still significant acquisition opportunities. Independent operators Tele Columbus and Primacom together serve up to three million German TV homes, and are still in the running as possible acquisition targets. Up to last year both were owned by the same financial investor, which had a plan to merge them fully together. As a unified company, they would have had a solid presence in and around the Berlin region. However the weight of debt was too great for the merger to happen, and both operators have been restructured independently of each other.

Uncertainty remains over the likely future of Primacom, which was restructured much later, while Tele Columbus has been more or less back on its feet for over a year now. “We are working hard to retain the ability to remain an independent operator,” says Tele Columbus CEO Dietmar Schickel. Whether he succeeds remains to be seen. Much will depend on the views of new shareholders, the same banks that were previously creditors of the old company. The banks’ main objective is likely to be to obtain a good price and minimize their losses from exchanging debt for equity in the new company. The fate of Tele Columbus is therefore likely to depend on who ultimately buys the company at what time and with what strategic outlook.

The outlook for the cable industry may involve further declines in overall subscriber numbers thanks to the success of Deutsche Telekom’s IPTV strategy, even if so far it has seen growth rates that appear quite moderate.
Deutsche Telekom passed the one million subscriber mark early last year following the launch of its IPTV service T-Entertain the previous September. The managing director for marketing of Telekom’s German operations, Christian Illek, was at the time confident of a significant increase by the end of 2010. However, figures released earlier this year indicate that growth has stalled, with subscriptions still hovering at around the one million mark. While it seems that a number of trial subscribers failed to convert into permanent ones, Telekom remains optimistic, predicting it will reach two million subscribers by 2012. So far the Entertain IPTV service is available to about 20 million homes. However Telekom has extended its reach through a deal with satellite operator SES Astra that made the service available via satellite earlier this year, including all its HD channels. 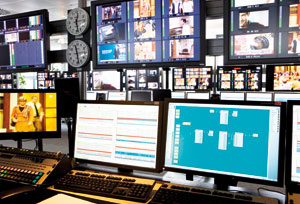 It does appear that HD has finally caught on in Germany, as Astra highlighted in its recent Satellite Monitor. Compared with last year, the number of German-language HD channels has doubled to 24, and the number of HD ready TV home has also significantly increased. In 2010 57% of TV receivers sold were HD-capable, meaning an increase of about two million German homes capable of watching HD. This doesn’t say much about the number of people actually watching HD of course.

The satellite versions of the commercial broadcasters’ HD services are bundled as part of the Astra HD Plus package, with subscribers charged a monthly technical service fee. Astra does not say how many clients have subscribed to HD Plus to date. The only figure available is the number of HD Plus receivers sold: 400,000 between the launch in November 2009 and the end of 2010. The HD Plus package is now also included in the HD offer of the Sky Deutschland pay TV platform, free of extra charge for the first year. HD is seen as the driver that could kick-start the long hoped-for turnaround of the platform.

When News Corp first took control of the former Premiere platform and rebranded it as Sky Deutschland, the company expected a sharp increase both in revenues and subscribers to make the loss-making venture profitable within a year or two. However subscriber figures remained stubbornly fixed at just above 2.45 million. Brian Sullivan, who became CEO of Sky Deutschland last year, is a News Corp marketing expert, and he seems to do have done the job expected of him: in the last year the picture has started to change, with a net increase of over 130,000 subscribers in the three months to December alone, bringing the total up to 2.65 million by the year’s end. Notably, over one million of these customers are HD subscribers. However, profitability is still a distant target, as the company admits. Further investment will be necessary to give Sky Deutschland a solid base.

The operator recently launched Sky Go, allowing subscribers to view the services they bought on an additional screen in their homes or on mobile devices, and this is one example of the more innovative direction the operator is now taking. For News Corp, Sky Deutschland remains an expensive experiment. However, the company is prepared to continue to inject the necessary capital, according to Sullivan.