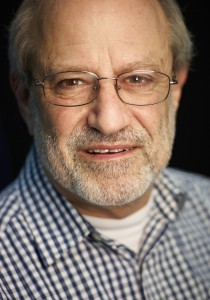 Ken Blakeslee, chairman of WebMobility Ventures and conference chair of AR and VR World, discusses the evolution of ‘time-shifted reality’ and the opportunities it presents.

Virtual reality (VR) has been with us for a number of years and, to date, the enabling technologies have mostly evolved in the gaming and virtual worlds sector. VR has been primarily CGI-based, but not always good CGI! More recently, content that can be enjoyed in the same sensory sphere that we enjoy in our daily life – 3D360º – has begun to take a much more dominant appearance as a new, rich approach to storytelling, educating, entertaining, and documenting for posterity.

What I am about to elaborate on, time-shifted reality (TSR) content, is in fact real 3D360º video or stills of existing places and experiences that can be watched anywhere, anytime. Therefore, TSR also means place-shifted reality and in some cases reality that has been time-shifted forward and includes mixed-reality content and storytelling.

From a technology standpoint, this sector is actually now well endowed for end-to-end 360º capture, transport and viewing. But from a content standpoint, the opportunity is just emerging. While often this means waiting for a technology or ecosystem, TSR content production is actually already technology-enabled for serious production to take place. The challenges are mostly in curation and storytelling in this new medium as we move from ‘cool’ technology to real content that a broad range of consumers will value and enjoy.

According to Anthony Karydis, CEO of Mativision, whose company live-streams in 360º everything from rock concerts to surgical procedures: “Capture and live-streaming to the world was a challenge, but routine for us now. Likewise, directing and live vision-mixing the 360º content from multiple cameras has taken on a new dimension with 360º and was another challenge which we also had to solve.”

Much 360º content is now coming forward across genres. Live events are prime targets for TSR – concerts, sports, theatre, news reporting to name a few. It also offers new ways of putting the viewer into a real situation in a very immersive way – topical news, nature, and travel are good examples already being aired. The Calais and the Jungle 360º documentary and David Attenborough’s Great Barrier Reef Dive are amazing and successful pieces of narrated 360º video that were recently released. History and artefacts housed inside museums can now also come alive and play a part in bigger stories. Chris Michaels, head of digital and publishing at the British Museum says, “If we want to be the museum of and for the world, we need to be online, immersive and curate the stories in a new way”.

Whenever the topic of 3D comes up, the acceptance of 3D by viewers also comes into question. In my opinion, watching 3D on a rectangular, flat and ‘framed’ screen was doomed from the start. Only screens with a very large angle of view such as IMAX even had a chance of replicating the experience we all see in 3D360º every day of our lives. So I think TSR is the place for 3D to really shine and in fact give us the feeling of actually being there. But are the bulky and often tethered VR headsets that are available today the only way to get your content in front of the eyes of your customers?

Setting interactive, long-form, CGI-based gaming aside, the short-form content spheres of TSR are very often happily viewed on the screen of a smartphone, tablet or PC and navigated around with a swipe or click. Viewers that fold up and fit in your pocket are also available. When open, these clip onto a smartphone and give pretty sensational 3D360º experiences for content such as travel destinations and news clips. Devices like Homido’s Mini VR Viewer and content apps such as Octagon 360 are examples that work well now. On the content side, there are many others. YouTube, for example, and Facebook are two of many repositories and social platforms that support 360º content natively. Post it and everybody sees it in 360º on any device.

With such ease of publishing, and with one-click, consumer-priced 360º cameras already on the market – for example the Ricoh Theta S – will 2017 be the year of the 360º selfie? Could this go viral in consumer-generated content terms and do to 360º ‘real VR’ what Pokemon Go did to smartphone-based augmented reality? Will capturing the attention of so many viewers be an advertising opportunity? If so, what form should it take to leave an impression without being annoying? I suspect these questions will be answered soon and will possibly be integral to the two-way value proposition that TSR offers.

Ken will be speaking at the Royal Television Society event ‘Virtual Reality and 360º Storytelling’, which takes place on Tuesday 1 November. For more information visit the RTS website.