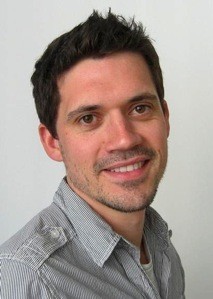 On the face of it, today’s ECJ ruling that EU citizens have the right to buy and use smartcards from any European pay TV operator seems like a crushing defeat for Sky and the Premier League, and an epic victory for plucky publicans. But looking a little more closely, things could be less cut and dry, writes Graham Pomphrey.

The decision seemingly clears the way for people to quietly cancel their Sky Sports subscription before heading out to buy a foreign smartcard. They’ll be able to sit back and watch Premier League games, basking in the smug satisfaction that Murdoch’s empire has lost at least one of its customers.

But they’ll need to know where to buy the card. And they’ll need a suitable receiver. And they might need to move their satellite dish. And the commentary will be in Greek, or Andorran.

Sky is well aware that buying and installing equipment to receive foreign TV services is already commonplace amongst the diasporas that have settled in the UK. Neighbourhoods exist where you are far more likely to see a Polish or Portuguese satellite dish than one of Sky’s. But how many of the rest of us will bother to do the same for the sake of watching a couple of matches each week? Fewer, perhaps, than there are expat Brits in France, Spain and further afield that will be keen to pay for Sky services delivered to their domicile now the ECJ has paved the way for them to do so legally.

While today’s ruling came about from a landlady’s refusal to be held to ransom by Sky’s high pub and club subscription prices, Karen Murphy, the landlady in question, could have inadvertently opened a new can of worms for her fellow publicans.

Visit any UK high street on a Saturday afternoon and it won’t take long to find a pub showing at least one 3 o’clock kick off from a foreign feed (Sky is restricted from broadcasting a match at this time). Until fairly recently it would have happened in a back room and only be known about by word of mouth. But since Murphy decided to fight Goliath (and especially since an ECJ advisor said in February that preventing people from accessing signals from other EU countries is contrary to the rules of the European Single Market) there has been a noticeable wave of confidence from some pubs that began brazenly advertising matches on sandwich boards and showing them on the main screens.

But they could be forced to go underground again. The highest court in Europe has ruled that publically broadcasting certain Premier League-controlled media, such as logos, anthems and highlights packages (as opposed to the actual live feed) without the express permission of the organisation would breach copyright. In effect, giving the Premier League a concrete weapon against pubs airing foreign feeds. Whether they’ll be able to enforce it remains to be seen.

Long term, the ruling could have implications on how the Premier League sells rights to European broadcasters, and could see it limiting the number of rights holders to safeguard the most lucrative deals. It could also decide to appoint a master rights holder, possibly Sky, to sub-license rights in Europe to ensure a level pricing structure across the continent.