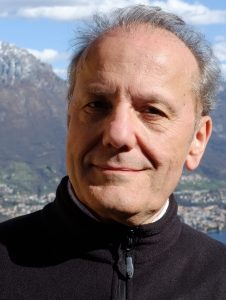 Excitement is building in the broadcast community over Targeted Advertising (TA). For years, online video distribution had a distinct edge over broadcast since it could deliver targeted ads to mobile devices, including PCs, smartphones, and tablets.

But a growing number of connected TVs in homes coupled with recent standardization work done by the DVB Project and the HbbTV Association is helping broadcasters and operators gain ground toward delivering targeted ads that can increase viewer engagement and satisfaction.

On the standardization front, DVB and HbbTV have been working closely together to make TA a reality for broadcasters. DVB formed a commercial working group dedicated to identifying and defining relevant TA business use cases on which to build the future DVB-TA specification. In addition, DVB’s technical groups were tasked with working on standardizing the signalling used to tell broadcast receivers about placement opportunities within a DVB Transport Stream, as well as providing guidance on the interfaces — between the inserted content and the original stream — and how to best prepare media to ensure an optimized viewer experience. HbbTV was tasked with developing specifications that deal with how the content substitution is handled within the receiver itself.

Both DVB and HbbTV have recently published their complementary technical specifications for TA. These specifications are now available to anyone within the industry wishing to implement the DVB-TA framework. Recently, the HbbTV Association shifted its attention to creating a TA test suite, which would allow implementations to be tested prior to devices supporting the DVB-TA framework hitting the market, expected in 2021.

While some TA deployments have already taken place, they have generally been limited to pay-TV, IPTV, and cable TV operators. The key reason: these operators have control over the full delivery chain, including the end user’s set-top box (STB) or client software. Sky in the UK, Italy and Germany is an example of a prominent operator that has deployed TA services.

Prior to jumping onboard with TA, broadcasters and advertisers want to be assured that the substituted advertisement will play without stalling, buffering or cutting back to the broadcast ad. This can only be achieved if the ad is loaded into the device RAM and played without any network access. The new DVB-TA framework addresses these concerns, and we expect that broadcasters will begin testing it within the near future.

The next step: SoME

As a next step, the DVB is working on an additional possible technical solution for TA based on watermarking, or as DVB working groups commonly refer to it, Signalling on Media Essence (SoME). The goal is to resolve instances where TA signalling is unable to reach TV sets receiving broadcasts from an STB. By enabling TVs to replace the output signal of a STB, delivered through the HDMI link, with an advertising spot received by the TV over its broadband connection, the reception of the substituted ads can be ensured.

A key concern some in the industry have with using a SoME solution is that the STB user experience might be impaired. To ensure that the user experience is not affected, a set of specific commercial requirements and guidelines for implementers (i.e. broadcasters and operators) has been drafted. The DVB TM-TA group is working on translating those requirements into a new DVB technical specification for this specific TA use case.

Standardization work on DVB-TA by the DVB Project and the HbbTV Association clears up some of the challenges and uncertainty that previously surrounded targeted advertising for broadcast applications. By deploying TA services, broadcasters can increase the value of their content and drive new revenue, using SoME to ensure that substituted ads are also seen on TV sets that receive broadcasts via STB. It’s an exciting future for broadcasters, with TA deployments expected to take off in DVB markets starting in 2021.