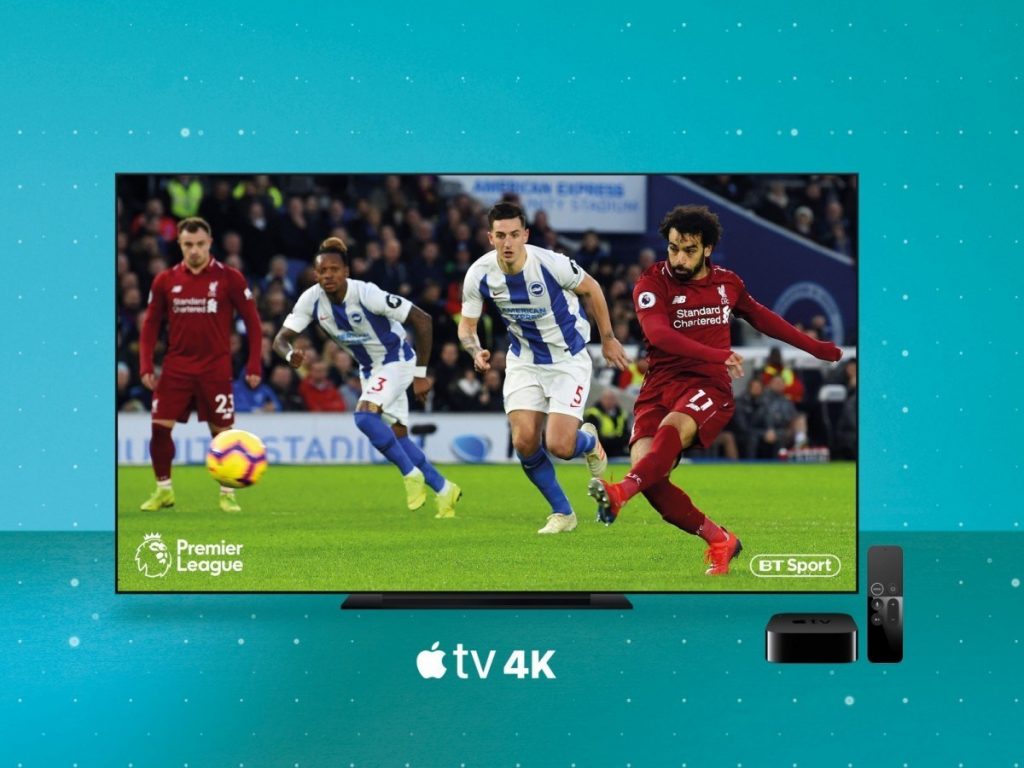 EE launched its EE TV box – an EE-branded hybrid DTT and OTT TV unit provided by Netgem as a part of its telco TV service provider offering– in 2014.

The device was released as an £8 per month add-on for broadband subscribers as an attempt to break into a market where (to quote a Netgem case studyon the subject) “triple play was fast becoming the norm for fixed services”.

In practice, the device served as an upgraded version of a standard Freeview box with a 1TB DVR and access to premium apps like Now TV, TV Player Plus, Mubi and Rakuten TV.

However, EE TV quickly became an afterthought following the completion of BT’s takeover of EE. BT perhaps understandably focused more of its resources into its own YouView-based set-top box, but this came at a cost to EE TV.

Apps which UK consumers had come to expect as standard, such as Netflix, Amazon Prime Video, All 4 and ITV Hub, were notable in their absence, and BT even neglected to put its own BT Sport app on the device.

So now, half a decade after EE made its first foray into the TV arena, it is making a conscious choice to take a more hands-off approach by supplying its customers with an Apple TV 4K and a BT Sport subscription, for an extra £7 per month on top of what they were paying for EE TV.

This follows in the wake of other telcos which have made similar moves towards Apple TV. The Swiss Salt, US cable operator Charter Communicationsand French Canal+ all now offer options for subscribers to use the Apple device as their primary TV box to receive the pay TV operators’ services. These decisions have been made to encourage cord-cutters and cord-nevers to take up pay TV services and cut down costs both for users and operators.

Value propositions aside, this shift has much more of a symbolic one than a business one.

The EE TV box was heavily branded with EE logos on the remote and included an EE-skinned user interface. The experience is moulded and controlled by EE. Any sort of customer service inquiry went to EE’s call centres, and EE would bear the brunt of the blame should anything go wrong. A user could could use the box for its entire lifespanand have no idea that it is a Netgem device with a turquoise overlay.

In a statement to Digital TV Europe, a spokesperson from Netgem said that the “EETV is a great success as demonstrated by EE consistently topping the charts within the BT group portfolio, in terms of innovation and quality of service”. The spokesperson continued: “EETV initiated EE’s move towards simple and smart content aggregation, and Netgem will continue to support EETV to capture the maximum share of the growing “Pay TV light” customer drive in the UK. We see the telco partnership model evolving towards bundling of the netgem.tv service as recently illustrated with the successful partnership with Three UK.”

However, the Apple TV 4K provided with EE’s new offering is just that. Apple has historically been very prescriptive and uniform about the look and feel of its devices, and while the Apple TV was once upon a time called a ‘hobby’ by CEO Tim Cook, this philosophy has stayed true to this day. Users will not be getting an EE experience, they will be getting an Apple experience with access to an app from EE’s parent company.

We have seen an increasing proliferation of BYOD throughout the entire industry, and this move from EE is indicative of that larger trend.

While such moves relinquish the tight control that an operator has over the platform, the majority believe that the benefits of such a system outweigh the costs.

Over half of respondents to the Digital TV Europe Industry Survey 2019 agreed with this sentiment, with other factors such as ease of use, time to market and cost effectiveness all playing a role in this prevailing trend.

By and large the BYOD model does provide many benefits to operators looking to deliver content to their subscribers. Over 90% of respondents to the survey agreed that BYOD’s benefit of no longer needing to invest in and depreciate set-top boxes on their balance sheet is either a big or a moderate advantage.

There are, of course, concerns that operators aren’t able to ensure their own services are given prominence (93% of respondents view this as a very big or moderate challenge), that there is no way of guaranteeing the quality of service (80%) and a lack of control over the UX (81%). However, this hasn’t stopped major operators such as Sky and the aforementioned BT from offering OTT options in addition to their own proprietary hardware.

One defining feature of the Digital TV Europe Industry Survey 2019 in regard to BYOD is the perceived decline of the set-top box. Over the next decade, the industry expects the set-top box market will decline, with pay TV operators increasingly looking to other means to distribute content to end users.

Operators are facing a ‘stick or twist’ – continue on the current path of creating and supporting expensive proprietary platforms which they have full control over, or invest those resources elsewhere and create apps for devices that the majority of users will already own, but risk losing visibility.

EE is the latest company to have made this decision, and now it’s up to the rest of the industry to decide whether to follow suit.

What lessons can be learned from video piracy in Spain?