Comcast saddles up for Fox hunt 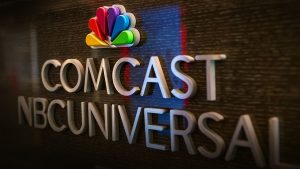 Comcast’s statement this week that it is in “advanced stages of preparing” an all-cash offer for the 21st Century Fox assets promised to Disney presents a fresh headache for the Murdoch clan. Already facing a challenge from Comcast in the shape of its competitive bid for Sky, which in turn could complicate the Disney agreement, the Murdochs now must weigh up the threat of a direct bid by Comcast.

When Comcast made a reported US$64 billion move on Fox last year, Fox’s board rejected this in favour of Disney’s lower-priced offer on the grounds that it could struggle to secure the approval of US regulators. AT&T’s attempt to acquire Time Warner, the subject of a legal battle between the telecom giant and the US Department of Justice, served as a warning.

The timing of Comcast’s latest statement is crucial in this respect. It comes ahead of a confluence of decisions within a few days of each other in mid-June that will likely play a significant role in determining the outcome.

First up is a judgment on the US government’s case against AT&T. A favourable outcome for the telecom operators would make a Comcast bid for Fox much more likely – and much more likely to secure the approval of Fox’s shareholders.

Second, UK culture, media and sport secretary Matt Hancock is scheduled to take a final decision on Fox’s bid to acquire the shares in Sky that it does not already own.

Third, the European Commission must make a decision on whether Comcast’s rival bid for Sky can go ahead.

Comcast’s decision to make its intentions known now makes it less likely that Fox shareholders will approve Disney’s acquisition before the outcome of the AT&T case is known. Those shareholders have every reason to wait as, at the very least, a Comcast bid could force the price up.

In addition to the hurdle of securing regulatory clearance, it has been pointed out that Comcast’s proposal for an all-cash bid would play to the disadvantage of the Murdochs because it could lead to a big capital gains tax bill.

However, while the Murdochs hold 40% of Fox’s voting stock, the Disney bid will only give them a vote in line with the number of shares they own, giving other shareholders more power to accept or reject it. How attractive Comcast’s offer will be to Fox’s other shareholders will depend on whether it is big enough to offset any tax disadvantages to them and on how attractive they find the prospect of hard cash over the variable value of shares.

Beyond the Game of Thrones aspects of the overlapping battles for Fox and Sky, what does all of this say about the future of Comcast in particular and the media and pay TV business in general?

For Comcast, the strategic benefits of acquiring Fox’s assets are that it would give the company a much bigger international play in both content and distribution – in the shape of Hulu, Sky and Star India – and would give it much more scale in content in general, marrying NBCUniversal with Fox’s sports networks as well as the National Geographic and FX cable networks.

Both the content and distribution pieces are attractive, at least in theory.

In content, scale is increasingly seen as crucial for success in a world where the perception is that internet players as Facebook, Amazon, Apple, Netflix and Google (the so-called FAANG group, or FANG, depending on your view of the ultimate likely impact of Apple’s stalled moves into content) are making most of the running. Consolidation among more established media players has been gathering pace. In the case of Comcast, taking control of Fox’s assets will give it access to a much-enlarged library of content as well as an expanded portfolio of network brands at home and abroad.

In distribution, a deal would wed Comcast’s 30% stake in Hulu to Fox’s 30% stake, giving Comcast effective control of an OTT direct-to-consumer play in the US – and also in Japan – to help offset the long-term decline in its domestic pay TV base. Regulatory restrictions preventing Comcast exercising control of Hulu that were imposed at the time of its acquisition of NBCUniversal, which previously held the stake, are set to expire later this year. On the other hand, victory for Disney, which also has a 30% stake, would give it effective control of Hulu, so the stakes are quite high.

Internationally, Comcast could gain control of Sky either through its separate bid for the operator or through a combination of that and a successful bid for Fox’s assets. On the other hand, if Fox acquires Sky first, Comcast could potentially acquire Sky later along with the other Fox assets that were previously promised to Disney. A successful bid for Fox’s assets would also give it 100% control of Star India.

Acquisition of these companies would give Comcast an international pay TV operation with growing revenues and profitability at a time when its own pay TV operation in the US is facing unprecedented challenges.

Strategically, acquiring Fox’s assets makes a lot of sense for Comcast. Whether it makes sense to the number crunchers is another matter, particularly in view of the likely debt load that will be required to finance the deal.

The many moving parts – from overlapping bids to regulatory hurdles – mean that the only thing that can be said with certainty about Comcast’s bid is that it creates a huge amount of uncertainty. Actually, there is one other certainty – which is that it will be interesting to watch how it all plays out.