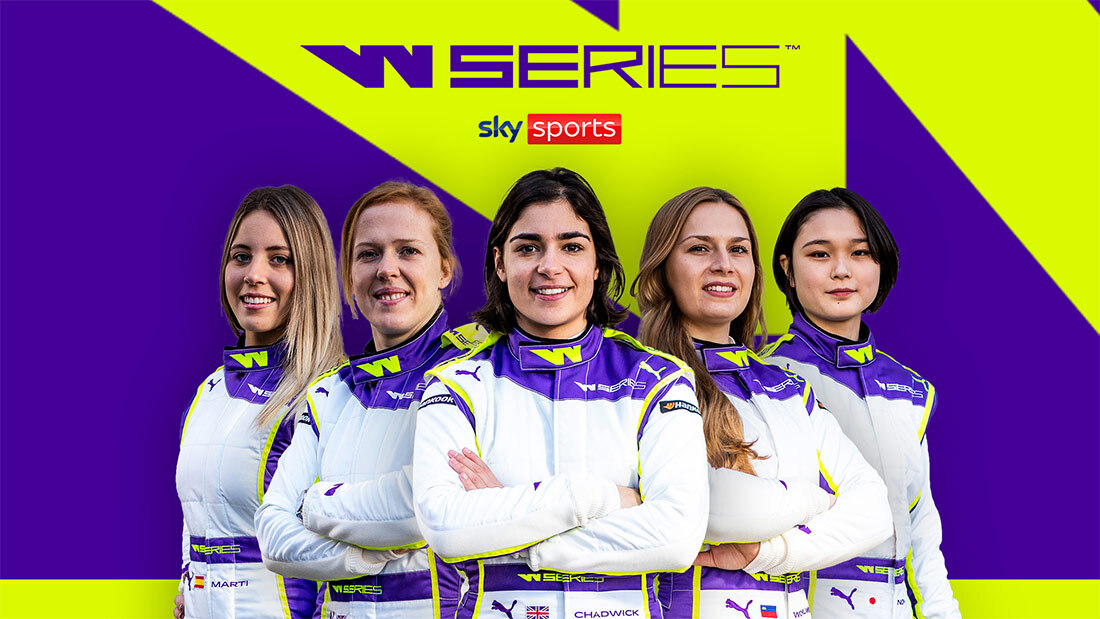 The three-year partnership will run through to the end of the W Series’ fifth on track season in 2024. Sky will broadcast ten races across eight Formula 1 Grand Prix weekends in 2022, including coverage of every qualifying and race session.

Financial terms have not been revealed, but in a release Sky said that it marks W Series’ largest media investment to date.

Sky will distribute W Series content across its channels, including linear, digital, and social.

The multi-territory deal covers Sky’s global platforms, with the broadcaster bringing coverage of W Series to the UK and Sky Italia. This follows a pre-existing deal between the competition and Sky Deutschland.

W Series has also agreed a free-to-air rights deal in the UK with Channel 4, with the broadcaster providing coverage of the British Grand Prix at Silverstone, UK. Channel 4 will also show highlights of the other nine races from season three.

“We pride ourselves in being a good partner to sport and it’s been a privilege to work alongside Catherine and her team to come up with a broadcast offering that works for everyone. It is clearly a very exciting time to be a part of this journey.

Catherine Bond Muir, CEO of W Series, said: “I’m delighted to announce our landmark broadcast partnership with Sky Sports, which is another significant step in W Series’ continued rapid expansion. Throughout our conversations with Sky, I’ve been impressed by their commitment to women’s sport and plans to amplify coverage of W Series across their vast portfolio of distribution channels, which will add real weight to our offering across broadcast, digital, and social platforms.

“This partnership enables W Series to continue to expand its viewership within the UK. Alongside Sky, Channel 4 will continue its free-to-air coverage of the entire W Series season with highlights of every race, and will also broadcast live our home race at the British Grand Prix at Silverstone in July. With this broad broadcast offering, we have the perfect mix of coverage across our UK audience.