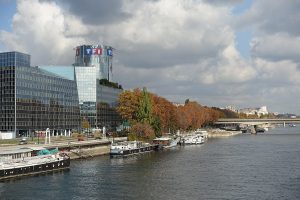 French broadcaster TF1 saw solid growth from advertising and from its Newen Studios production unit in the first quarter, with overall revenues up by over 10%.

Group operating profit dipped slightly by 0.6% to €56.2 million as a result of operating expenses related to the planned merger of TF1 and M6.

Average viewing time was down significantly on the prior year when it was boosted by the pandemic, but was more or less stable with that of pre-pandemic year 2019. TF1 last year sought to bolster its non-linear streaming offering with the launch of MYTF1 MAX, a new set of paid services on the Salto platform.

TF1 saw its cost of programmes rise by €9.2 million to €220 million. The company said it was able to cater to demand from advertisers and maintain an offering of high-ratings programmes in news, French drama and entertainment through “controlled reinvestments”.