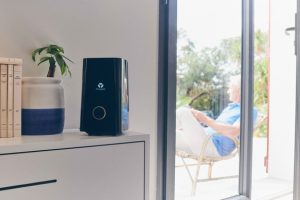 The launch will make Bouygues the first in the French market to launch a WiFi 6E modem. The company has already tested the devices with a few hundred selected customers.

The launch follows French telecom regulator ARCEP opening a new band of frequencies in the 6GHz range for use in December last year.

Bouygues originally launched a WiFi 6 modem in January 2020, featuring eight antennas to ensure comprehensive coverage in the home. The operator has now integrated a new WiFi card to create a tri-band device, featuring 2.4GHz and 5GHz for WiFi 6 and one band in the 6GHz rang for WiFi 6E.

WiFi 6E, which benefits from a dedicated band, is said to offer improved performance with no interference from WiFi4, 5 and 6 devices, higher speeds and lower latency.

“In line with our strategy of innovation of always offering the best WiFi to our customers, it was fundamental for Bouygues Telecom to integrate WiFI 6E to allow them to benefit from the latest generation of WiFi. Our ambition is to bring high-quality networks to all and we know that WiFi is a key element in the digital life of our customers,” said Benoît Tortoling, CEO of Bouygues Telecom.

Bouygues’ launch of WiFi 6E comes as US cable giant Comcast makes its own WiFi 6E ‘Supersonic WiFi’ offering available across its footprint.

Comcast said the Supersonic WiFi product is now available to Xfinity Internet Gigabit an Ultrafast customers across the US.

The company originally launched its WiFi 6E modem in January.