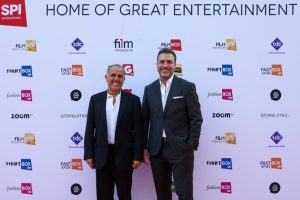 Vivendi-owned pay TV operator Canal+ Group has completed the integration of international channel provider SPI International, following the approvals of all competent authorities in all European jurisdictions concerned for its acquisition of 70% control of the outfit.

Canal+ said that SPI International, as a global media company with significant presence in Europe and extensive experience in content distribution and worldwide broadcasting, would bring to the group great opportunities to strengthen pay TV offers in all European markets and develop new services for the benefit of its customers worldwide.

Canal+ announced in September that it had struck a deal to the take a 70% stake in SPI international. SPI International founder Loni Farhi and CEO Berk Uziyel will continue to manage the business.

Canal+ said that its new acquisition would continue its worldwide expansion while developing its operations in a way that benefits the entire group.

The acquisition is the latest in a series by Canal+ that have see it re-establish itself as an international European player. The group acquired pay TV outfit M7 Group, which is active in the Benelux region and central and eastern Europe, in 2019, and more recently launched a joint-venture streaming offering and linear channel in Austria in partnership with A1 Telekom Austria.