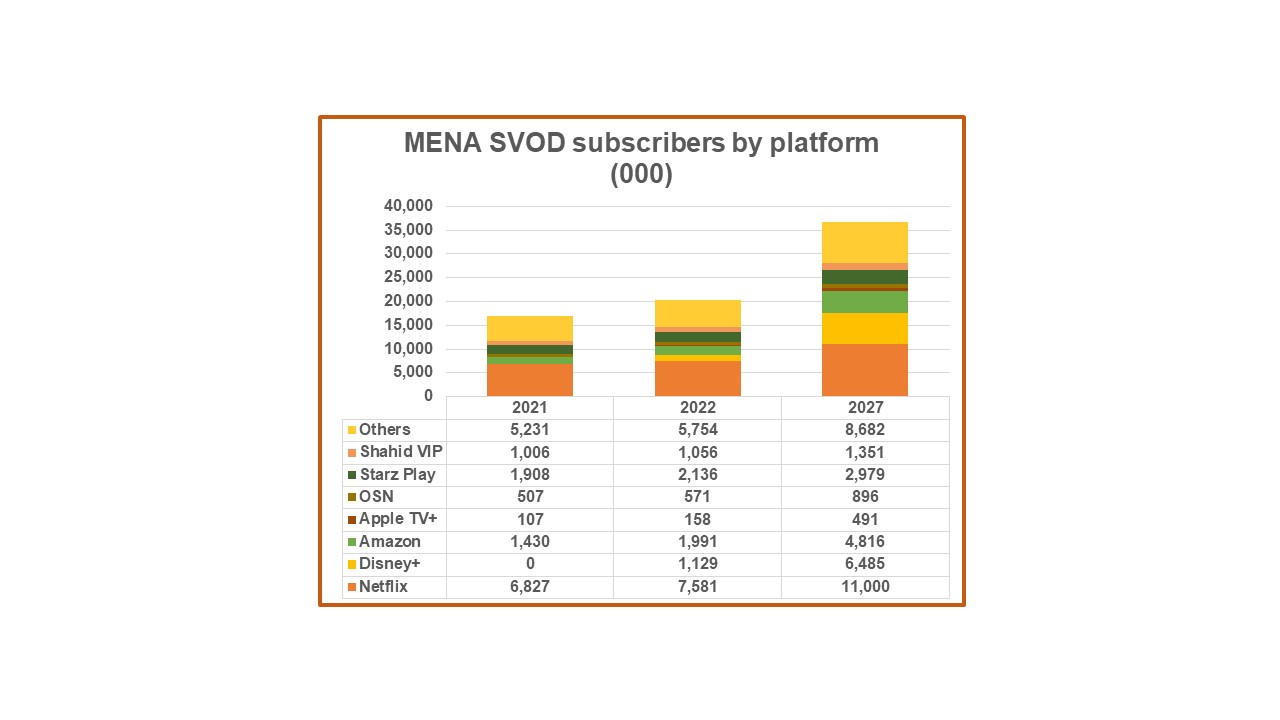 The subscription streaming market in the Middle East and North Africa market is set to almost double over the coming years.

According to Digital TV Research, SVOD revenues for 20 countries in the MENA region will grow by $2.3 billion between 2021 and 2027 to reach $4 billion.

Tukey, the largest market, will triple its total SVOD revenues to reach US$1.27 billion by 2027.

The region is set to reach a total of 36.7 million SVOD subscriptions by 2027, with Netflix making up 30% of this total as the largest player (11 million subscribers). Disney+, which currently does not operate in MENA, will rapidly expand its operations to reach 6.5 million as the second-largest. While it will be overtaken by DIsney, Amazon will still maintain a solid base in third place with 4.8 million subscribers.

Starzplay will be the largest local player at 3 million subscribers by 2027. This will be followed by Shahid VIP at 1.4 million and OSN at 896,000.

Simon Murray, principal analyst at Digital TV Research, said: “Netflix will generate half – US$1.90 billion – of MENA’s US$4 billion SVOD revenues by 2027. Second-placed Disney+ will be a long way behind with US$589 million.”