Heydemann in line to replace Richard as Orange CEO 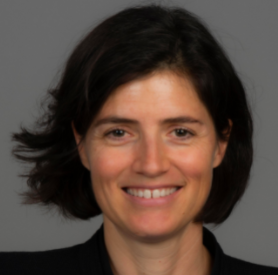 Orange is expected to separate the roles of chairman and CEO and is reported still to be seeking a new chairman.

Citing unnamed sources, Reuters said that Heydemann is on course to become the first woman to lead Orange. She already sits on the Orange board.

Reuters’ report comes after France’s Journal du Dimanche reported that Heydemann’s appointment would likely be confirmed at a board meeting on Friday.

The appointment of a new CEO comes after Richard, the telecom giant’s longstanding chief executive, was forced to offer his resignationafter being convicted on complicity in misuse of public funds in a case related to the Tapie affair.

Richard was originally due to leave his post at the end of this month. According to the JDD report, Richard is now likely to remain in place until Heydemann’s arrival in two or three months’ time.

Heydemann is reported to be the candidate favoured by the French ministry of finance. As a shareholder in Orange, which it regards as of strategic importance, the French state is likely to have a significant say in who is appointed to the role.