Comcast-owned pay TV operator Sky’s top line was hit by the loss of sports programme licensing agreements in Italy and Germany in the fourth quarter, with subscribers numbers also dropping in Italy due to the loss of Serie A rights. 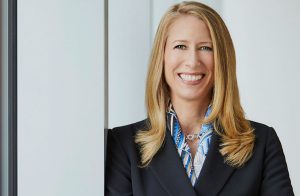 For the full year, Sky’s total customer relationships number fell by 198,000, despite an increase of 61,000 in Q4 – most of whom were streaming customers – when growth in the UK and Germany offset losses in Italy.

Sky’s revenue dipped by 2.4% to US$5.079 billion in Q4, largely through a fall in content revenue as well as a small drop in direct-to-consumer revenue.

Speaking to analysts after Comcast unveiled its numbers, CEO Brian Roberts said that Sky’s UK business had retained its “wonderful momentum” and that Germany was “showing signs of a successful recovery”.

Regarding Italy, Roberts said that “we’re managing the impact of the transition in our sports rights even better than we had expected”.

Strong also said that Sky’s recently launched Sky Glass integrated TV offering “opens up new headroom for us” by opening up a new segment of IP-based consumers that the operator had not signed up previously.

She said the IP-based offering “gives us the opportunity to sell to customers that previously couldn’t have that service because they weren’t allowed dishes”, along with “new customers who are more streaming focused”, and, in the case of Sky Glass in particular, “value conscious customers”.