Swedish and Nordic service provider Tele2 has changed the name of its streaming service Comhem Play to Tele2 Play and has launched a new Tele2 Play+ service with 21 popular linear channels.

The launch of the new offering brings linear streaming to Tele2 customers, enabling them to view the most popular channels without a set-top box.

Tele2 Play+ will also include movies, series, documentary programming and entertainment on-demand from partner services such as Paramount+ and Nordisk Film+.

The new streaming offering is available immediately for Tele2 and Comviq mobile and broadband customers for SEK129 a month, with no tie-in period. 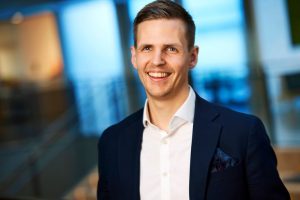 Users will be able to access the service anywhere in the EU on their mobile or tablet device and will also be able to stream it via Chromecast, Airplay, Samsung TV, Apple TV and Android TV devices.

“Tele2 Play Tv + is a new streaming package that contains the most popular linear channels, along with everything that is already in Tele2 Play + today. It is gratifying to be able to expand our play offer to our existing Tele2 and Comviq customers, with the biggest linear TV channels in one and the same package,” said Niclas Rosendahl, TV and Play manager, Tele2.