US telco AT&T has secured a favourable ruling from the US Internal Revenue Service (IRS) for its plan for a tax-free merger of its WarnerMedia unit with Discovery. 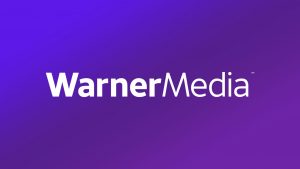 The pair had previously announced that the merger would take advantage of a merger provision in US law that would ensure its tax-free status.

AT&T will achieve this by spinning off WarnerMedia while retaining a majority stake in the merged entity. The telco’s shareholders will have a 71% stake in the combined company, which will be led by Discovery CEO David Zaslav and CFO Gunnar Wiedenfels. AT&T will however name a majority of the company’s board members.

The IRS ruling, reported by AT&T in a regulatory filing, follows another key recent step in the merger process: approval by the European Commission.

The EC competition authorities approved the deal with no conditions just before Christmas, leaving the merger on track for anticipated completion towards the middle of this year.

The merger remains subject to approval by Discovery’s shareholders and other regulatory approvals.

“Approval from the European Commission is a key milestone toward completing our proposed transaction with AT&T,” said Zaslav of the EC’s unconditional green light.

“Today we move one important step closer to creating Warner Bros. Discovery, a premier entertainment company that will be one of the world’s leading investors in premium content and one positioned to serve consumers with what we believe will be the most complete content offering under one roof.”