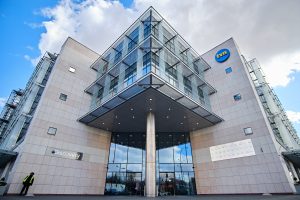 Polish president Andrzej Duda has officially delivered his veto of the controversial media law that could have forced Discovery, owner of commercial broadcaster TVN, out of the country, to the Polish parliament, the Sejm.

Duda had earlier announced his decision to veto the amendment to the broadcasting act, which had threatened to upturn the country’s relationship with the US, on December 27.

The amendment, sponsored by members of the right-wing ruling party, the PiS, would have resulted in non-EU companies forbidden from owning media assets in Poland. It was widely seen as an attack on media freedom and in particular on the independence of TVN24, the country’s most-watched news channel and part of the TVN portfolio.

The amendment, know as the Lex TVN, was rejected by the Polish Senate, but that veto was overridden by the PiS-dominated lower house before Duda exercised his own veto.

The president’s move was welcomed by TVN Discovery in effusive terms.

“We accept with appreciation and joy the decision of the President of the Republic of Poland, Andrzej Duda, who spoke in favour of the freedom of the media and the right of viewers to choose. By vetoing LEX TVN, the president has defended good relations with the United States,” the group said.
“We have left many days of anxiety and uncertainty behind us. We would like to thank our viewers, all organizations and individuals who signed our appeal and voiced their opposition to this act. Your support was invaluable in this difficult time for us.”

Duda’s veto could still be overturned by a three-fifths majority in the Sejm provided that a minimum of half the deputies are present at the vote.