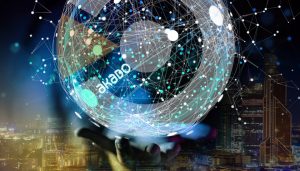 ER-Telecom, Rostec and AVK Investments said they were creating a partnership that would develop the operator’s digital offerings, including 5G wireless communications, the Internet of things, smart city systems, video analytics and data centres.

Akado Telecom is the largest independent telecommunications operator in Moscow. The company provides corporate, residential and government clients with services based on its own multiservice fibre network, including digital TV, online cinemas, data transmission services, corporate networks, information protection, video surveillance and website hosting, as well as storage and data processing based on its own new generation data centre.

Akado’s Comcor is the leading broadband network provider in Moscow and the surrounding region.

ER-Telecom and Rostec have reportedly created a joint venture, M-Com, to house their stake, with ER-Telecom holding a 74.9% stake to Rostec’s 25.1%. Existing Akado CEO Grigory Novitsky will repotedly remain in place until a new CEO is appointed.

“This is an alliance of strong players, in which the competencies of our companies together give a synergistic effect. A partnership in this format opens up new opportunities for the creation and implementation of domestic technological solutions in various fields: from Internet services for the mass consumer to building a large-scale ICT infrastructure for private, municipal and government organizations. For Rostec, as a developer and manufacturer of IT and telecom equipment, this is undoubtedly a promising project,” said the head of Rostec Sergey Chemezov.

“The Investment in Akado is part of our development strategy in the Moscow and Moscow region markets. The creation of a strategic partnership with Rostec and AVK Investments will bring a new quality of service, new digital products, contribute to the transformation of Akado Telecom into a digital technology company and ensure its outrunning growth in the capital market,” said Andrey Kazyaev, president of ER-Telecom.

“The appearance of such strong majority shareholders in the Akado shareholder structure will give a new impetus to the development of the company and will make it possible to fully reveal its growth potential,” said Maxim Mayorets, owner of AVK Investments.