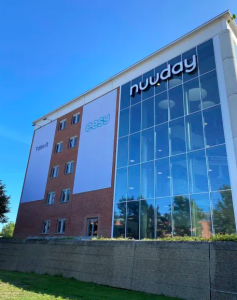 Danish telco TDC’s service provider arm Nuuday, which was split off into a separate company on January 1, has appointed Peter Charles as interim chief financial officer following the departure of Niels Eldrup Meidahl to pursue new opportunities outside the group.

Charles, who has previously worked for companies including Informa and Diageo, will serve as CFO until a permanent appointment is made, with a recruitment process to run in parallel.

TDC officially split into two separate companies at the start of the year, completing a process that was initiated in 2019.

TDC Net operates the parent group’s mobile and fixed networks, and is charged with the rollout of fibre and 5G.

New boards were created for each company in December, with former TDC chairman Michael Parton becoming chairman of Nuuday and Henrik Clausen retaining his role as chairman of TDC Net.

Jon James continues in his role as CEO of Nuuday

TDC itself continues to exist as a financial holding company with no employees.

“I am pleased to welcome Peter Charles, who will now take over from Niels as interim CFO,” said James, adding that he looked forward “to drawing on Peter’s strong experience in connection with the continued transformation of Nuuday”.