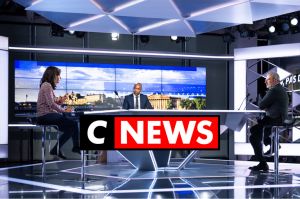 In a move that will primarily impact Canal+’s CNews channel, French media regulator the CSA has ruled that audiovisual media providers should not include contributions from far-right political commentator and professional controversialist Éric Zemmour as part of the national political debate in their transmissions.

The move comes after speculation that Zemmour will run in the forthcoming French presidential election. In categorising him as a political actor, the CSA said that the country’s 1986 media law meant that his appearances and contributions were subject to regulations designed to guarantee political pluralism.

Zemmour has been a regular presenter and commentator on CNews’ Face à l’info, a show that airs in primetime each weekday.

Zemmour, who is an accredited journalist, immediately condemned the ruling as censorship and said that “this intimidation” constituted an attack on “my profession and, worse, on the principle of freedom of ideas and expression” that the CSA is supposed to uphold.

The CSA’s intervention comes after months of controversy over the prominence of Zemmour in CNews’ output, given the likelihood of a run for the presidency – although he has yet to declare officially.

Earlier this year, Canal+ claimed that the CSA is compromising the right to freedom of expression after the latter sanctioned CNews to the tune of €200,000 for giving a platform to hate speech in relation to Zemmour.

The fine was levied after an appearance on Face à l’info by Zemmour in which he gave his views on unaccompanied minors from abroad in incendiary terms, claiming they were “killers” and “rapists” and calling for them to be expelled from France.

The CSA said that CNews had ignored its legal obligations and the terms of its licence by giving to a platform to hate speech and encouraging discrimination.