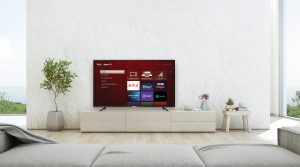 Roku saw very strong revenue growth from monetisation of its user base in the second quarter, with the active user base also growing strongly.

The company said it more than doubled monetised video ad impressions over the year. Average revenue per user was US$36.46, up 46%.

User growth was primarily driven by the sale of Roku TV models and streaming players, although additions were lower than the pandemic-related surge in Q2 last year.

Roku took a hit by declining to increase the price of its players in line with costs related to component supply shortages and shipping constraints, leading to gross negative margins on its players in Q2. It nevertheless grew its adjusted EBITDA for the quarter by 19% year-on-year to US$122.4 million. The company expects continue supply constraints through the near term, which will likely contribute to a slowdown in its growth relative to last year.

The company is increasingly turning to international growth as its US business matures, with the addition of TCL TV models in the UK and its planned launch of its players in Germany later this year.

Roku is increasingly also focusing on monetisation of its base through advertising and its partnerships with direct-to-consumer content providers. It has also continued to develop The Roku Channel, among other things its vehicle for original content from its acquisition of failed short-form content startup Quibi. It premiered 30 titles on The Roku Channel during the quarter, with the top 10 shows on the channel being Roku Originals in the two weeks after launch.

“We are pleased with our strong performance in the second quarter, and are excited about the road ahead. Roku remains very well positioned to benefit from the long-term secular trend of audiences, content, and advertisers shifting to TV streaming around the globe. Our success during the Upfronts this year, the clear value we offer partners seeking to build their own DTC streaming businesses, and the continued acceleration of The Roku Channel flywheel are evidence of the competitive advantages we have built,” said founder and CEO Anthony Wood in his letter to investors.