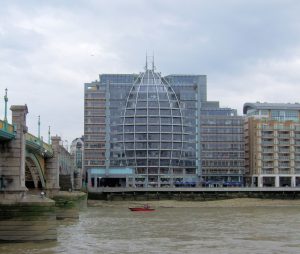 The report, based on Ofcom’s long-running Small Screen: Big Debate review, calls for rules to require PSM providers – a change of nomenclature from public service broadcasters (PSBs) – to offer their on-demand services to popular TV platforms. In turn, platforms should be required to include and give appropriate prominence to public service media content and Ofcom should be given monitoring and enforcement powers, including the ability to resolve commercial disputes, the regulator said.

Ofcom has also called for updated rules on commissioning content that would extend the obligation to support independent productions to all PSM content, including content that only appears online rather on broadcast channels.

Other recommended measures include setting a new objective for PSM providers to support the UK creative economy.

“Rapid change in the industry – driven by global commercial trends and a transformation in viewing habits – is making it harder for public service broadcasters to compete for audiences and maintain their current offer,” the watchdog noted.

To resolve this, the report says, “requirements should be placed on PSM providers and platforms so audiences can find PSM content easily”, with Ofcom given enforcement powers to ensure this happens.

Ofcom wants the government specifically to give it powers to resolve disputes in areas including the sharing of data and how content is attributed to broadcasters on platforms.

Ofcom also called on the government to legislate to ensure that “the same requirements supporting independent productions apply to all broadcast TV and online PSM content”.

Controversially, Ofcom has also revived calls for an extension to the definition of PSM to cover content provided by “complementary PSM providers” beyond the existing licensed public service broadcasters. The watchdog noted that “many stakeholders were strongly opposed to top slicing the BBC licence fee” to fund this but suggested there was support for “contestable funding or tax relief” among other possible incentives.