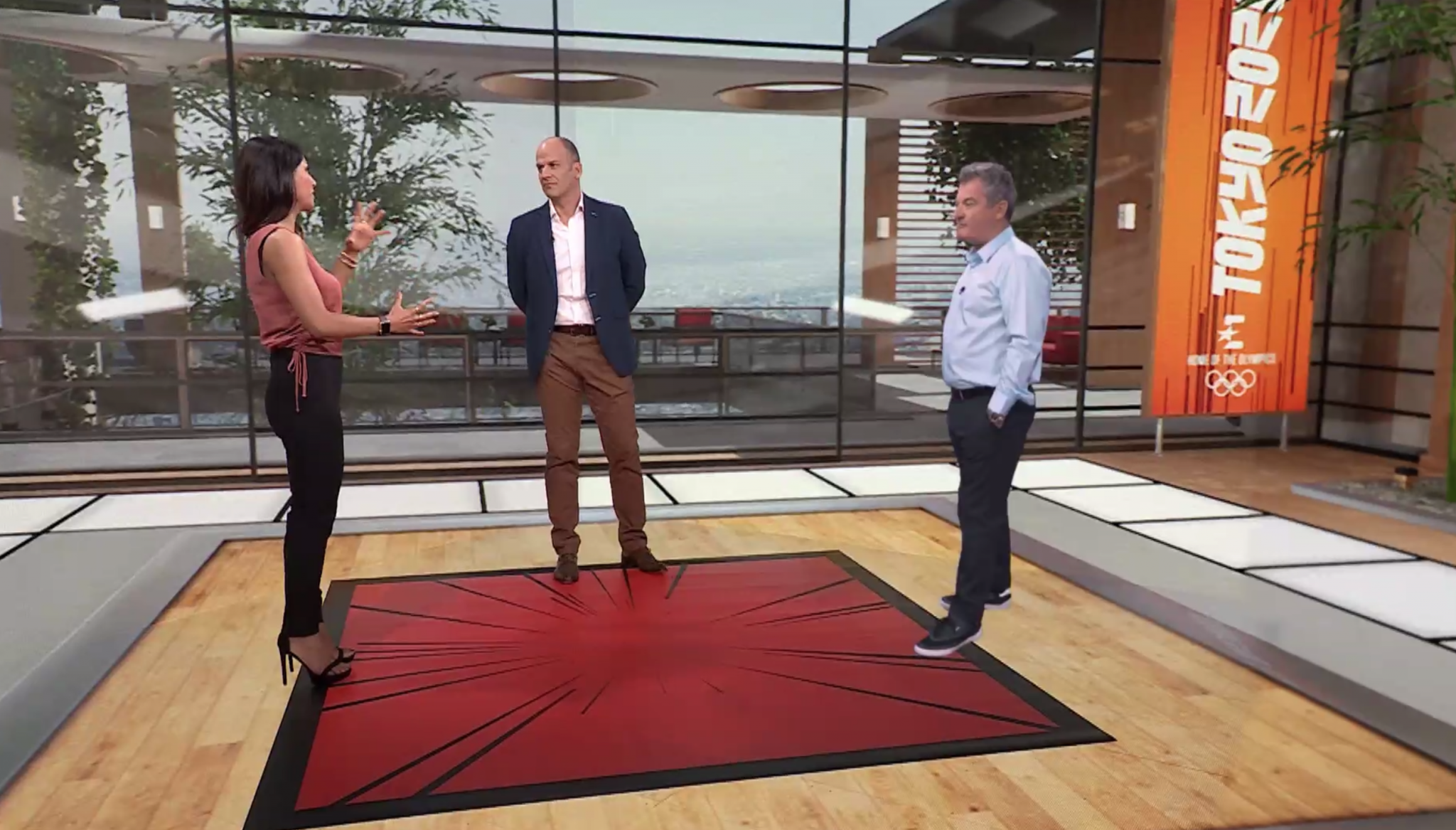 Discovery has demonstrated its technical production ahead of the upcoming Olympic Games.

The US media giant acquired the European rights to the Olympics in a €1.3 billion deal in June 2015, and the Tokyo 2020 games represent the first summer games of this deal.

With the delayed Olympics starting on July 23, Discovery has showcased its studio technology that will power its broadcast.

The Mixed Reality studio – dubbed ‘The Cube’ – first launched for the US Open in 2020 but this represents the highest-profile outing for the tech.

The London studio allows presenters to speak with athletes and pundits in Tokyo as a hologram that appears to be in the same room. Aiding the believability of this is high video quality and low latency.

Explaining the tech, Discovery’s SVP of Content and Production Scott Young described this iteration of the Cube as the “next level” of virtual studios and said that while “there’s slight latency” it is drastically improved over something like a traditional off-site news broadcast.

Young added that because of the “very large pipes we have here,” video quality is “not compressed in any way,” resulting in a “quite extraordinary environment.”

Discovery will be transmitting 164 feeds with 11 in UHD back to London where the content will then be distributed to the linear Eurosport channels (including various pop-up channels for the event) and to streaming service discovery+.

Of the recently launched SVOD, Andrew Georgio, president of Sport at Discovery, described the streamer as “our number one priority as a business” and that discovery+’s launch was a “watershed moment.”

He added: “Discovery+ is the best place to watch the Olympics. It is the only place in those markets to watch everything. We’re certainly focused on discovery+ as the primary destination for the Games.”

Georgio said that the new technical innovations, along with a digital-oriented distribution model, have inspired a “bold ambition” to make this the most-watched Games ever across Europe.