UK commercial broadcaster ITV said it expects advertising revenues for May and June to be up 85% and 90% on last year following solid year-on-year growth in April, and confirmed that SVOD JV BritBox is on track for a launch in South Africa later this summer. 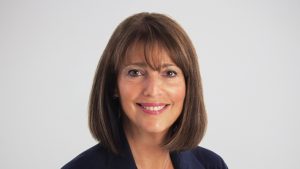 Providing a trading update, ITV said that revenue for the quarter to March was up 2% at £709 million despite the COVID-19 restrictions in place throughout the period, unlike the same quarter in 2020 which only had a limited impact

CEO Carolyn McCall said April revenue was up 68% “and we expect May to be up around 85% and June up between 85% and 90%, compared to the same period in 2020” driven by a relaxation in lockdown rules and a strong schedule including Love Island the Euros football competition.

ITV said that on-demand unit ITV Hub registered users were up 5% and dwell time was up 6%. However, online viewing was down 11% in Q1.

The broadcaster has now implemented an on-demand first commissioning strategy for the ITV2, ITVBe and CITV brands to increase their appeal to younger audiences.

ITV meanwhile confirmed that SVOD service BritBox International’s rollout is on track with a launch in South Africa this summer – first announced in February – and continued growth in subscriptions across the US, Canada and Australia.