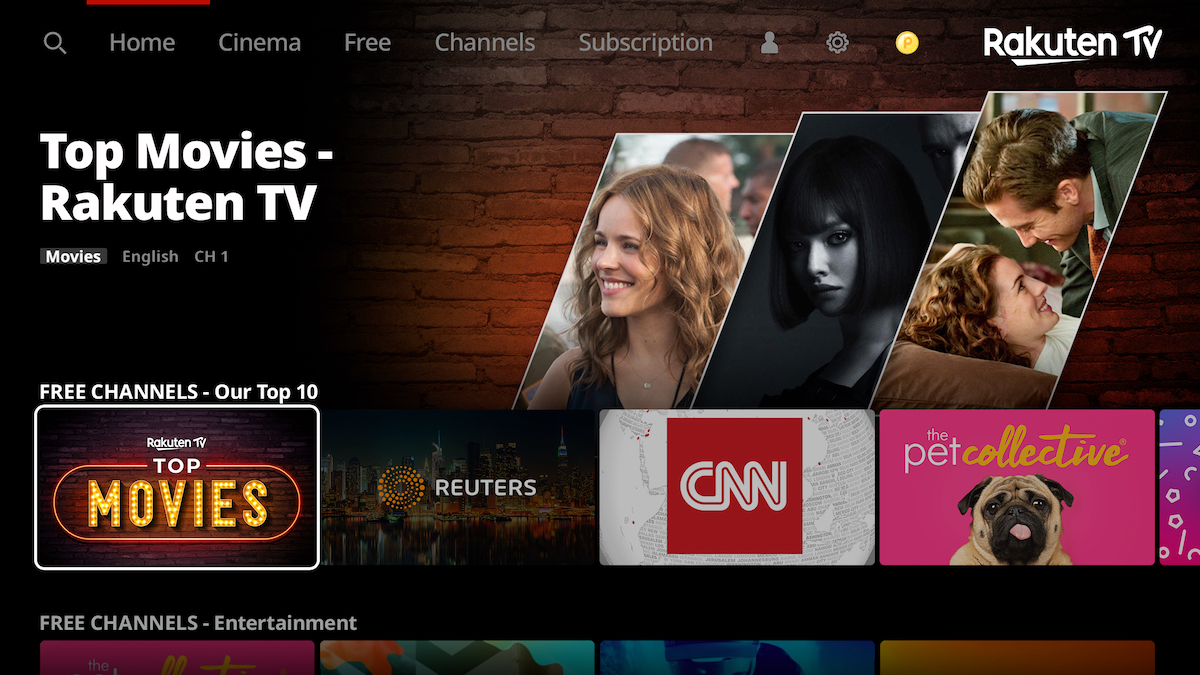 Streaming service Rakuten TV is ramping up its presence across Europe by launching more than 90 new ad-supported linear channels.

The free-to-watch networks will be available across 42 European markets, with Rakuten curating global and local entertainment programming for the themed services.

The line-up will vary in each territory but content will include movies, entertainment shows, lifestyle, music, sports, news and kids programming.

Shows from brands including Bloomberg TV, Qwest TV, Reuters and publisher Condé Nast will be available, while Rakuten is also sourcing IP from the likes of FilmRise in the UK, Planeta Junior in Spain, L’atelier Des Chefs in France and established channels including Deluxe Lounge HD in Germany.

Rakuten TV will also expand the reach of its own channels, which focus on genres such as action, comedy, drama and documentaries. Rakuten’s original and exclusive content will also be available.

“We are eager to contribute once again to the disruption of the entertainment industry with this major step on the growth and innovation on Rakuten TV, which aims to enrich our business model and content offer,” said Jacinto Roca, founder & CEO at Rakuten TV.

“At a time when the entertainment sector is living an unprecedented transformation, and consumption habits are constantly evolving, we are striving to adapt our business model to meet users and advertisers needs at once.”

The launch comes amidst a flurry of AVOD activity across Europe, which has seen operators such as ViacomCBS-owned Pluto TV expanding their operations on the continent.