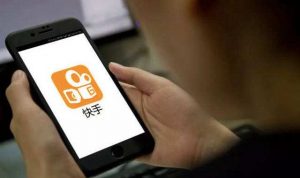 Tencent-backed Chinese TikTok rival Kuaishou, which can lay a claim to be the world’s second largest short-form video sharing platform, is planning to raise at least HK$39.5 billion (US$5.1 billion or €4.2 billion) through an IPO on the Hong Kong exchange.

The IPO is expected to be given a price this Friday ahead of share-trading commencing on February 5.

The company, founded by former Google and Baidu engineer Su Hua and former Hewlett Packard engineer Cheng Yixiao in 2012, says it is “dedicated to offering an authentic user experience through a massive and diverse library of short video and live streaming content, highly engaged and vibrant user communities and innovative and industry-leading technologies”.

Beijing-based Kuaishou could raise more than its stated goal of HK$39.5 billion is an over-allotment option is exercised. According to the South China Morning Post the flotation could value the company at up to US$61.7 billion, making it more valuable than NASDAQ-listed, Shanghai-based rival Bilibili and video streamer iQiyi.

The company intends to use 35% of the proceeds to enhance and grow its ecosystem, with 30% allocated to strengthening its research and development and technological capabilities.

Some 25% will be earmarked for “selective acquisitions of or investment in products, services and businesses, particularly in areas such as content, social entertainment and software, that are complementary to the Group’s business and are in line with the Group’s philosophy and growth strategies”, with the balance allocated to working capital and general corporate purposes.

For the nine months ended September 30, 2020, daily average users on average spent over 86 minutes per day on the Kuaishou App and accessed it more than 10 times a day.

Kuaishou is popular across China, particularly outside the major metropolitan centres. The service is available internationally. It is known as Snack Video in India, where it was banned in June last year over data and privacy concerns and amid growing political tension between the two Asian powers, and Kwai in other markets.