Jeremy Darroch to step down as Sky CEO

Jeremy Darroch is to step down as group CEO of Sky after 13 years leading the company, with Comcast Cable and former Virgin Media executive Dana Strong replacing him. 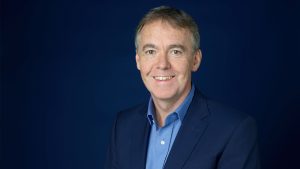 Darroch, the longest serving CEO in Sky’s three-decade history, will continue to serve as executive chairman through 2021 to ensure a smooth transition and will then act as an advisor to the company.

He is credited with leading the transformation of the company into Europe’s largest multi-platform TV provider with nearly 24 million customers as well as overseeing the expansion of its commitment to sport, UK and European originated content, in-depth news, the arts, young people and the environment.

He has also overseen the development of products such as Sky+, Sky HD, Sky Go, Sky Q and Now TV as well as its expansion in broadband, telephony and mobile services. 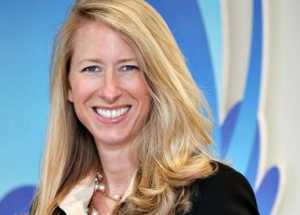 “I would like to thank Jeremy for his exceptional leadership of the company over thirteen years, and his partnership in the last two years since we acquired Sky. Sky’s values have been a perfect fit for ours at Comcast and that is very much due to Jeremy. He and his team have built a world-class brand and a strong, well-run business that will continue to flourish,” said Brian L. Roberts, Chairman and CEO of Comcast, to whom Strong will report.

Roberts said he was “pleased that [Darroch has] agreed to stay on to help with the transition to new leadership, and will continue to advise me and the company” and added that Strong was “an accomplished executive with an extraordinary ability to transform, inspire, and drive positive change” who had “quickly made her mark on our US business, driving growth and innovation with an unwavering commitment to our customers”.

Darroch said it had “been a privilege to lead Sky for 13 years, and an experience that I have looked forward to every day, so the decision to leave has not been easy” but that  “with the business firmly settled into the wider Comcast Corporation and a strong plan in place, now is the right time”.

Strong said: “There are few businesses that have the track record of Sky, and I am delighted to have the opportunity to lead the company. I’ve always admired Sky’s innovation, brand, and exceptional focus on the customer. I look forward to working with this incredible team to continue to grow the business and shape the next chapter for Sky.”