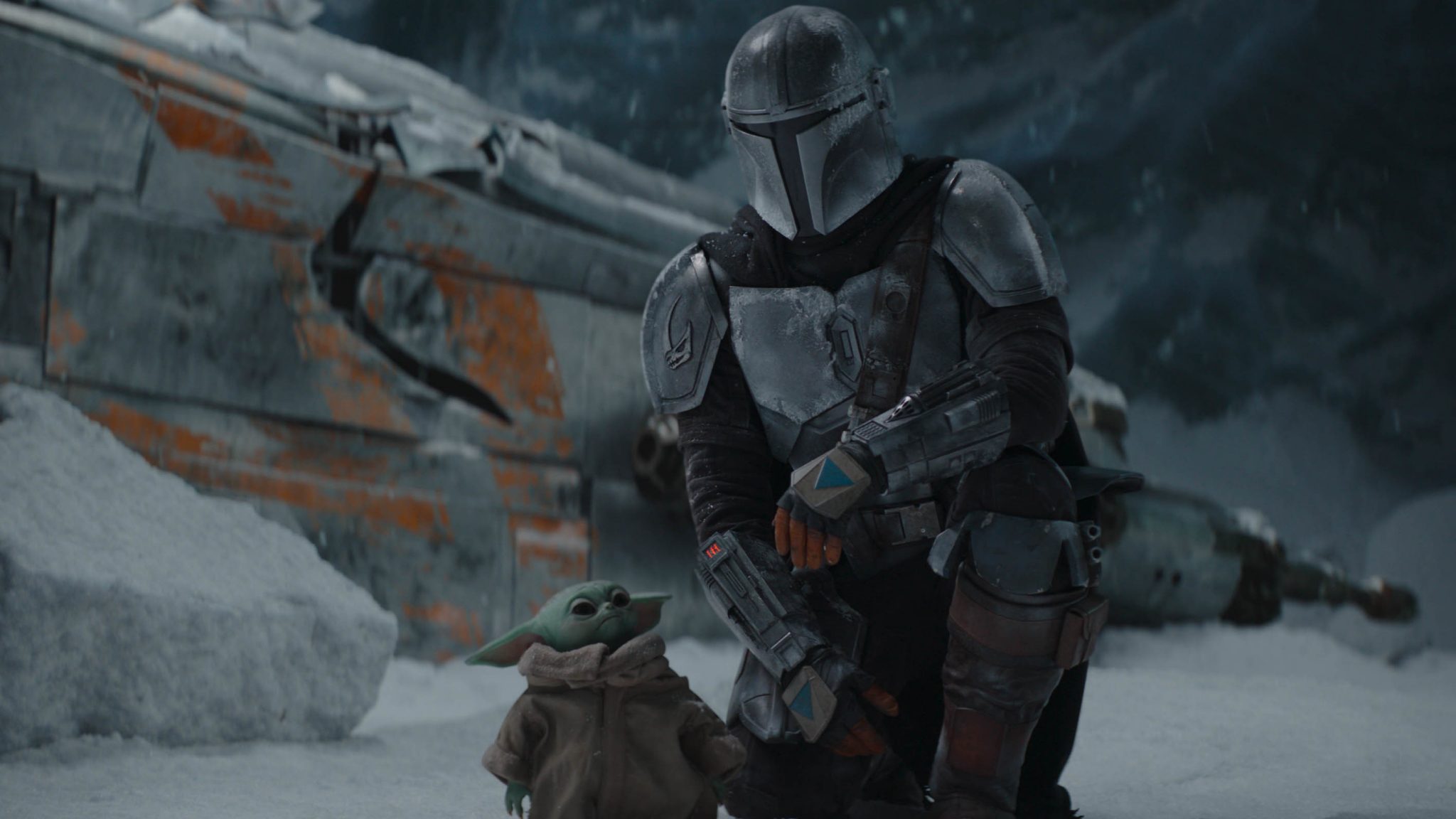 The global total of quarterly streaming subscription adds has reached a record, and the highest number since 2018.

According to Strategy Analytics, the annual increase in global SVOD subscriptions in Q3 2020 reached 217.6 million, the highest ever, beating the previous record of 211.7 million in Q4 2018.

This is the culmination of three consecutive quarters of growth, following four quarters of decline throughout 2019.

The report noted that this positive trend reflects the impact of the Covid-19 pandemic on video consumption, along with the remarkable impact of Disney+, which has amassed more than 86 million subscribers since its initial launch in November 2019.

The figures are based on analysis of 21 leading global SVOD services. It found that subscriptions reached 769.8 million in Q3 2020, compared to 552.1 million a year earlier. This represents a year-over-year growth rate of 28.3%, with the analyst suggesting that the SVOD market still has significant room for growth and that it is “still a long way from reaching maturity.” 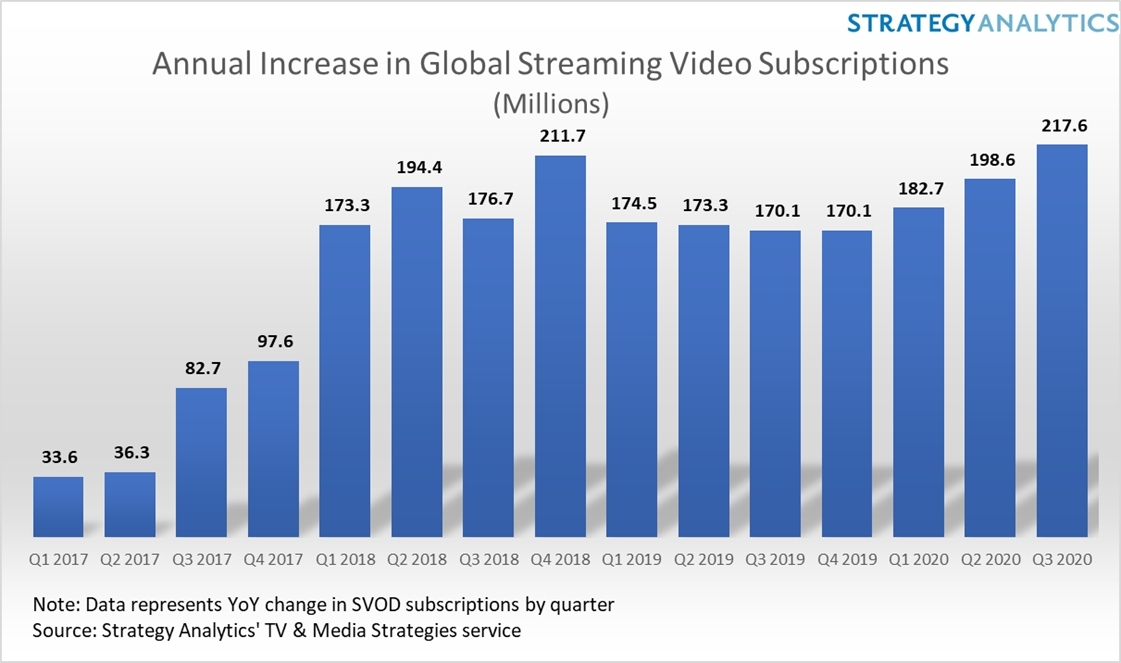 Michael Goodman, director of TV and media strategies at Strategy Analytics, said: “Until early 2020 it looked like the SVOD growth curve was heading towards a plateau, but the annual growth rate has actually been accelerating during the past twelve months. Netflix of course remains the clear leader, but its share of subscriptions has been falling steadily as new entrants arrive. Disney’s rapid growth has helped it reach the #2 position in subscriptions, and with its various D2C services it has already reached an annual revenue run rate of US$5.8 billion.”

David Mercer, VP and principal analyst at the firm, said: “This evidence confirms that the transformation of TV is well under way. SVOD services are playing a key role in changing the way people watch TV, and we expect hundreds of millions of homes worldwide to move away from traditional broadcast and pay TV over the coming decade.”