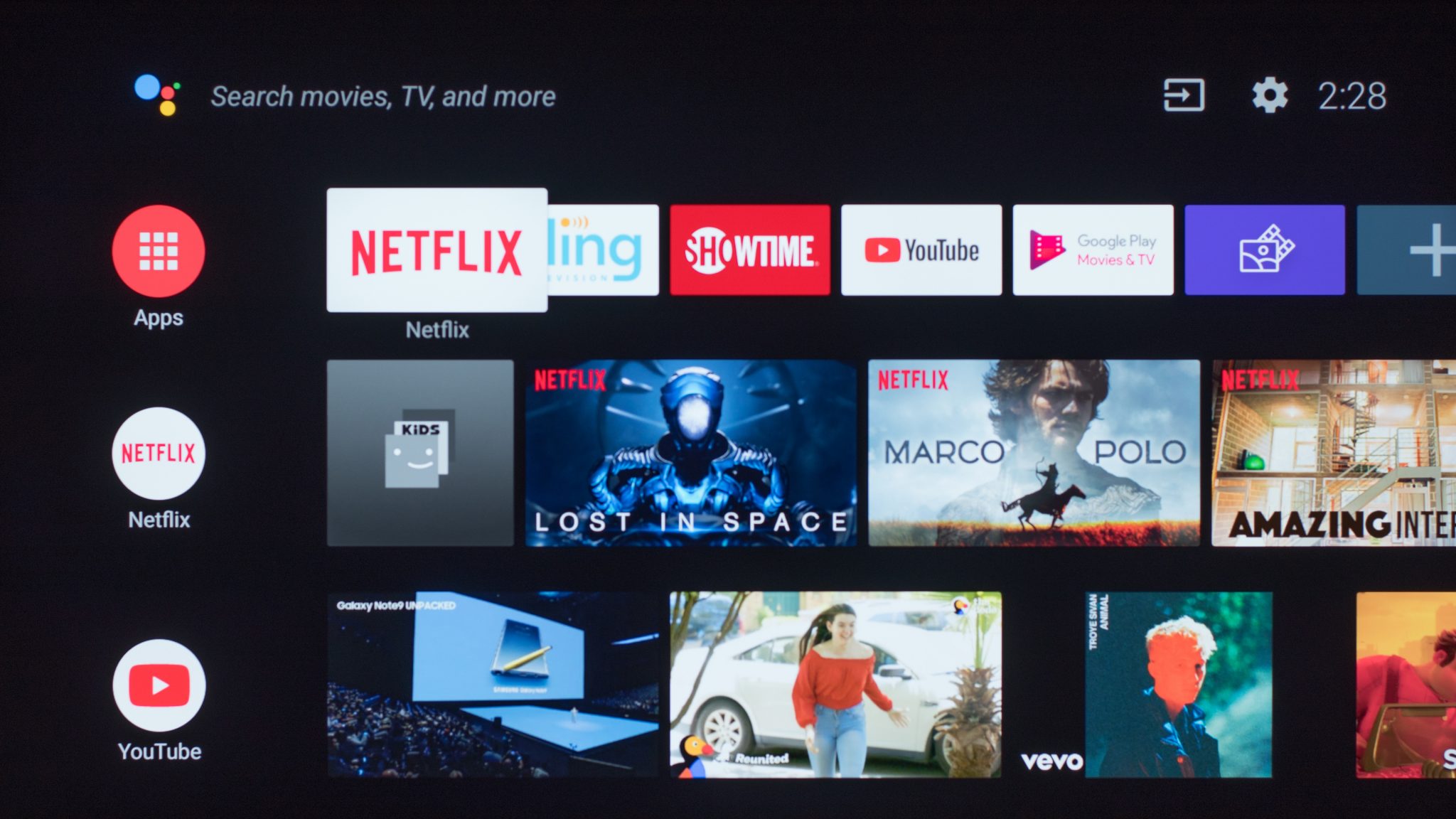 SVOD subscription stacking is at an all-time high in Europe and the US, with a new report claiming that the ‘golden age of cheap streaming is over’.

A new report from Ampere Analysis, households in the five largest Western European territories subscribe to an average of two services with US households subscribing to four. This trend has been accelerated by the Covid-19 pandemic, to more than 400 million subscriptions across the top five Western European markets and the US. Stacking, Ampere notes, is only going to become more of a necessity as media empires like Disney and WarnerMedia continue to pullback the licencing of film and TV rights to fuel their own services.

US SVOD contracts have almost doubled over the course of 12 months from 169 million in Q3 2019 to 308 million in Q3 2020. This has been fuelled by the launch of new services, with Disney+ having 40 million US subs alone, while Peacock and HBO Max combine for a further 45 million.

All of this translates to the typical American SVOD household now having access to 90,000 hours of content, which is the equivalent to roughly 10 years of continuous playback and would take the average viewer close to 50 years to watch. 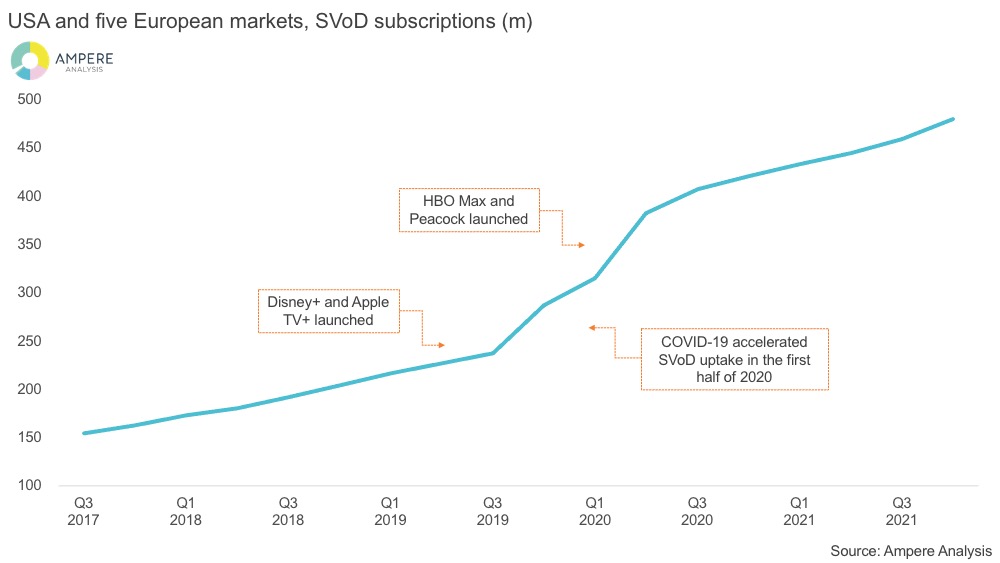 While the amount of content is notable, Ampere points out that established players like Amazon and Netflix are increasingly unable to licence content from their previous suppliers who are now launching their own service. Amazon’s US library for example has shrinked by 6,000 hours since Q3 2019 while Hulu’s has dropped by 12,000 hours since 2018.

The trend may cause concerns for users, with the days of being able to pay for just one or two streaming services that cover the majority of key content coming to an end.

Alexios Dimitropoulos, research manager at Ampere Analysis said: “2020 has been an incredible year for SVOD. The pandemic drove a massive growth in the number of subscriptions, and the new services that launched this year have posted impressive customer numbers.

“Consumers will have access to more high-quality content than ever before as new and existing services complete to produce more original content. However, as studios continue with their direct-to-consumer strategy, the golden age of access to cheap content is coming to a close.”