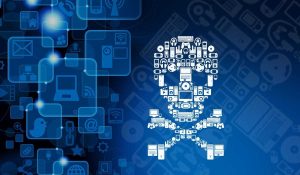 According to the Hadopi, €310 million was lost to physical media sales while pay TV services lost to the tune of €260 million.

The cost to the public purse in the form of lost tax revenues and charges was €332 million.

The Hadopi’s study, the first to attempt to calculate the economic consequences of content piracy and illicit retransmission of sports events in the round, comes as proposals for a new audiovisual law designed to tackle the problem are being discussed.

The Hadopi found that while peer-to-peer piracy – the original focus of the Hadopi when it was set up – had declined significantly, illegal streaming and direct download of content had risen and new forms of illegal consumption such as illicit IPTV and live streaming services had also blossomed.

While the number of internet users engaged in piracy has barely changed over the last decade, the proportion has declined as more people have come online.

Denis Rapone, president of the Hadopi, called for detailed examine of the provisions of the country’s audiovisual law designed to combat piracy and said that “the situation is critical but solutions exist. We are absolutely ready to put them to work in the service of improved public policy for the protection of content creation.”

Aurore Bergé, a deputy for the ruling LREM party, has proposed new legislative measures to tackle piracy with the support of culture minister Roselyne Bachelot, but this has so far struggled to secure parliamentary time in the face of the public health crisis.