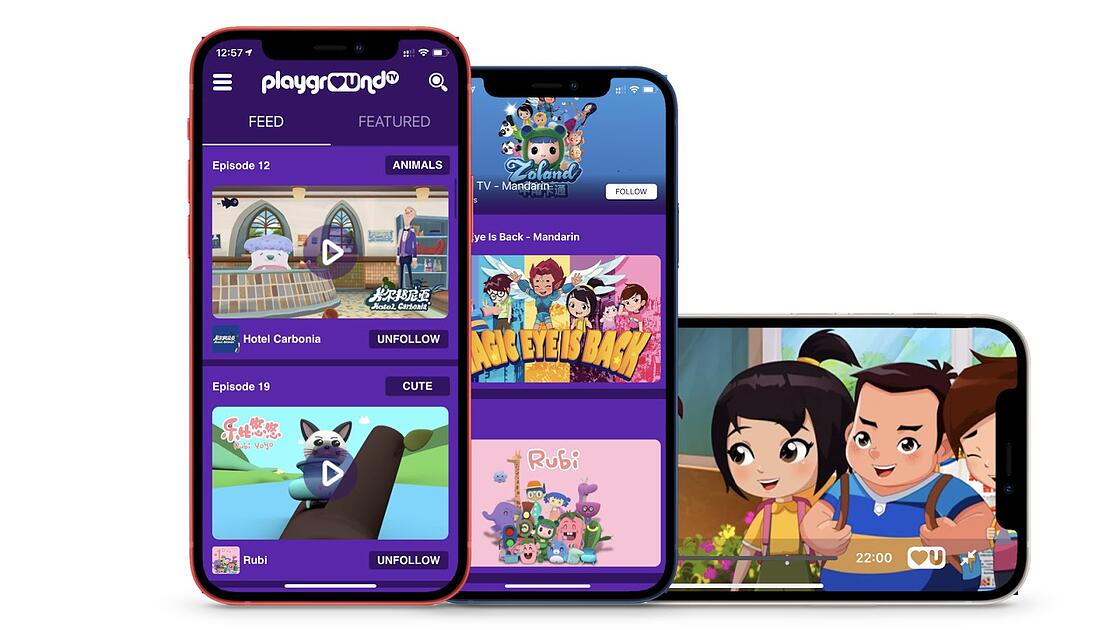 The free-to-view service launched in the UK last month, and has been developed to help kids discover safe and engaging video content in their native language. It launches with 14 channels in French, Spanish, English, Hindi, Mandarin and Persian, and more than 100 series and 5,000 episodes.

The company has also announced the addition of video content in Mandarin via a deal with Zoland Animation.

The size of the Chinese speaking population living outside China and Chinese territories is around 45 million globally, and within that, 10 million people have migrated from China and 35 million that are direct descendants, according to the US Department of Commerce.

Daniel Nordberg, founder of Playground TV, said: “Providing kids with easy and safe access to animated video content in their native language can be a major challenge for parents with small kids.

“We are excited to announce availability of our service to more children in Europe and the work with Zoland Animation to bring popular Chinese series like Magic Eye is back, Rubi, and Panda Fanfare to our service. The Zoland Channel on Playground will feature more than 10 Mandarin language series with over 300 episodes for our kids to enjoy”.

Samantha Wong, head of global distribution of Zoland Animation, said: “We are delighted to partner with Playground to bring our vast library of animated video content to Mandarin speaking kids across Europe. Quick access to kids’ animated content plays a major role in their upbringing and cultural heritage and we are happy to team up with Playground to enable easy and safe ways to stream our ever growing & up-to-date animated videos.