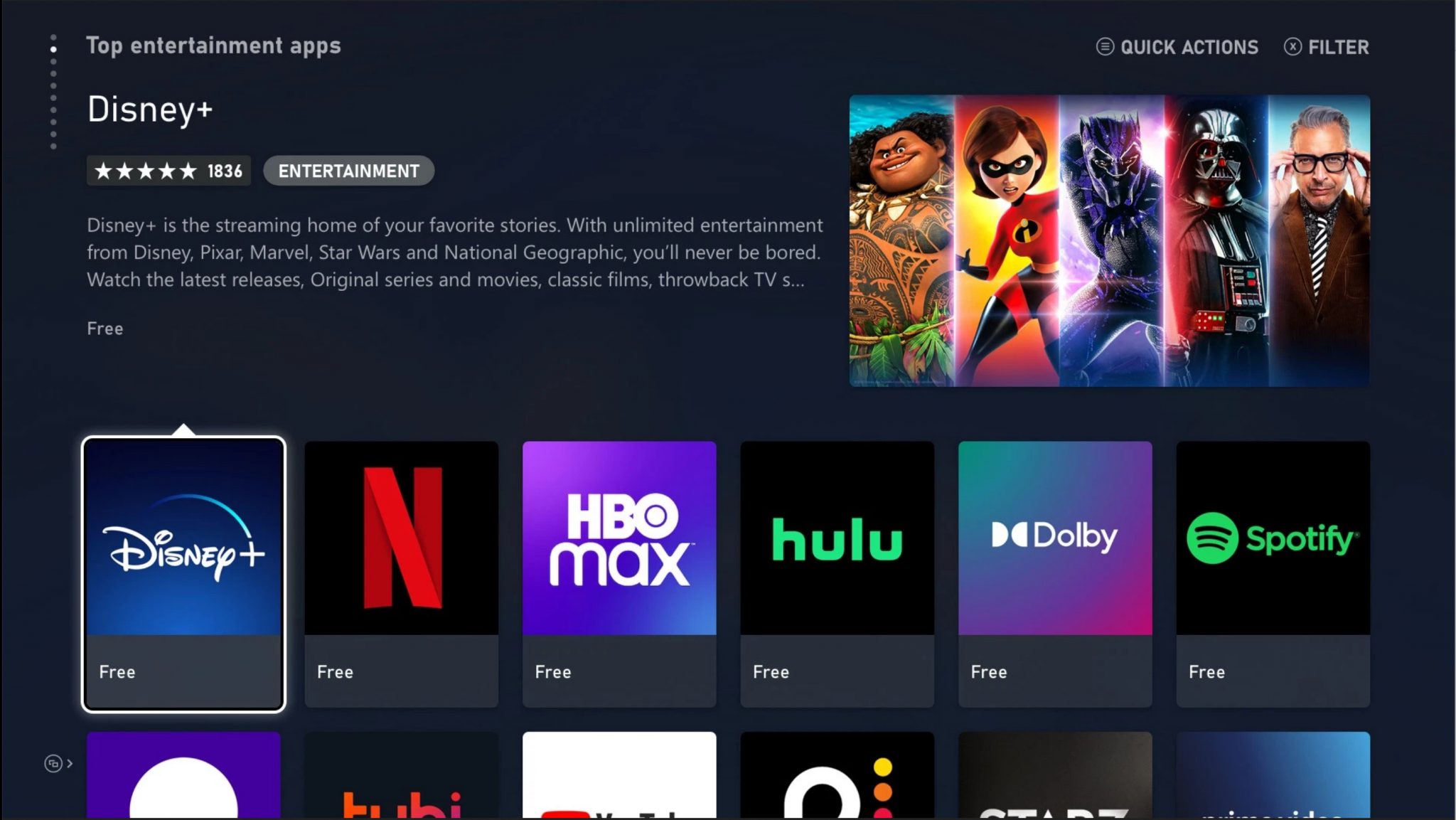 Microsoft has announced that subscribers to its Xbox Game Pass Ultimate offering will receive a month’s free subscription to Disney+.

Game Pass Ultimate is not a cloud streaming service similar to Google Stadia and Amazon Luna. Instead, gamers are able to access a catalogue of more than 400 titles for a flat monthly fee. Microsoft has launched a cloud streaming product, xCloud, which is also available to Game Pass Ultimate subscribers, but it is still in its infancy and only available on Android mobile devices.

Game Pass subscribers are also entitled to a number of perks via the Xbox Store, including in-game items and free trials of Spotify Premium, Discord Nitro and anime streamer Funimation.

Users will be able to access Disney+ via that same portal, though only people not currently subscribed to the streamer will have access.

Disney+, like Netflix, stopped offering free trials to prospective users earlier this year and instead is looking to capitalise on other brand partnerships to promote the streamer. This latest promotion comes on the eve of the launch of the next-generation of Xbox games consoles, which also offers access to the likes of Amazon Prime Video, HBO Max, Peacock and Crunchyroll.

Disney also has a number of other promotions with other brands, perhaps most notably with Fortnite, one of the world’s most-played online video games. That partnership will see any gamer who purchases V-Bucks (Fortnite’s in-game currency) entitled to two months free streaming of Disney+.