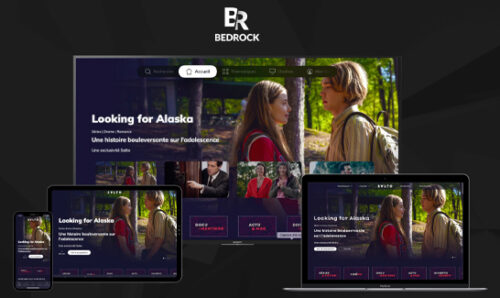 French Netflix rival Salto, which launched last week, has announced a deal with Bedrock to power its OTT platform.

Salto is the joint-venture of Groupe TF1, France Télévisions and Groupe M6, that offers live channels and a premium SVOD catalogue of over 10,000 hours of content. It said that it is reliant on Bedrock’s tech for all aspects of its operations, with Bedrock meeting its requirements to provide a “complete streaming end-to-end solution able to uniquely aggregate the best of two worlds.”

Streaming tech company Bedrock was initially launched by Groupe M6 in 2008, with RTL Group acquiring half of the firm in March. Its cloud-based tech is used by Salto for content management, along with video playback and for advanced back-office data tools. Bedrock’s tech also means that Salto was able to launch a unified experience on a wide range of OTT devices, including iOS, Android, Smart TVs, Chromecast, Apple TV, Android TV and web.

Jonas Engwall, CEO at Bedrock, said: “Bedrock is one of a few European streaming-tech companies with the scale and expertise needed to deliver a user experience on par with the global streaming giants. We are proud to power such a unique SVOD platform as Salto and we look forward to a long and fruitful partnership.”

Thomas Follin, CEO at Salto, said: “Bedrock’s technology empowers Salto to become a powerful streaming service pushing the TV experience forward. Our partnership allows us to rely on Bedrock’s best-in-class streaming technology with promising potential. I would like to thank Bedrock’s teams for their hard work and contribution to Salto’s successful launch.”