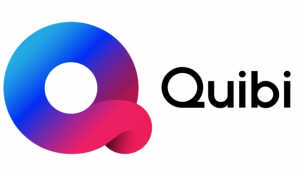 Quibi, the short-form streaming service founded by Jeffrey Katzenburg and run by Meg Whitman, is reportedly exploring a sale

The service launched in April with a promising start, but reports quickly emerged that it would miss its year one target by more than five million. It was later reported that the rate of conversion post-free trial was at less than 10%, though this was denied by the company.

Now, despite raising over US$1.75 billion ahead of launch from the likes of Disney, NBCUniversal, WarnerMedia, ITV and Viacom, the Wall Street Journal has reported that the company is ready to cut its losses and seek out a buyer. There are however no interested parties at this time, with the big budget flop posing a major risk at a time of financial instability and when its mobile-oriented raison d’etre cannot be maximised.

The report adds that, should a buyer not emerge, Quibi could consider raising additional funding or launching an IPO via a merger with a special purpose acquisition company (SPAC).

A statement given to the paper said that “We do not comment on rumor or speculation,” but added that “Quibi has successfully launched a new business and pioneered a new form of storytelling and state-of-the-art platform. Jeffrey and Meg are committed to continuing to build the business in the way that gives the greatest experience for customers, greatest value for shareholders and greatest opportunity for employees.”

Katzenberg has repeatedly attributed the stunted growth of Quibi to the COVID-19 pandemic, but critics have said that its issue is more existential – it is a highly millennial-specific product made by people far removed from that group of people.

The streamer has also been embroiled in a number of controversies including a leaked memo suggesting staff cuts, allegations of nepotism and overpayment of stars, and unauthorised selling of customer data to third parties.