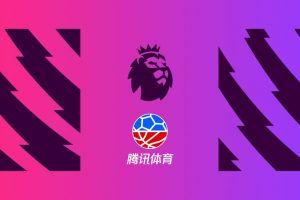 The English Premier League has signed a broadcast deal in China with Tencent to cover the 2020-21 season.

The one year deal is understood to be something of an emergency stop-gap, following the League’s abandonment of its deal with PPTV. The league voted to cut the PPTV deal short after a year earlier this month after a March payment was not made, leaving it without a broadcast partner in the heavily regulated country and a hole in its books of over £520 million.

Now that it has agreed a deal with Tencent Sports a week into the new season, Chinese audiences will have access to all 372 of the EPL’s remaining games.

More than half are available to viewers for free, with the League retaining the right to sell a small number of matches to other FTA broadcasters in the country. The remaining fixtures available on Tencent Sports’ membership service.

The Premier League also said that it will launch a new Penguin Channel across Tencent’s content platforms. This channel will provide fans with a daily content mix of videos and features about the Premier League competition, its clubs and players.

The league also noted that this deal will mark the first time that Premier League clubs will be able to share short clips and highlights during matches via social media in the country.

Premier League CEO Richard Masters said: “We are excited to have agreed this partnership with Tencent ensuring our supporters in China can enjoy following Premier League action throughout this season. We and our clubs have an extremely passionate fanbase in China and are looking forward to working with the team at Tencent to engage with fans in new ways over the coming season.”

With this deal secured, the league will look to secure a longer term deal for the 2021/22 seasons onwards, though in the current climate it is unlikely to find a buyer willing to spend the amount previously agreed to by PPTV.

Elsewhere, NBCUniversal was criticised by fans in the US for taking Everton’s shock upset victory at Tottenham off broadcast TV and making it exclusive to streaming service Peacock. The broadcaster will air more than 175 matches exclusively via Peacock this season, but has been criticised via social media for poorly communicating which matches will be shown where.

Champions Liverpool will visit free-spending Chelsea this weekend in an eagerly anticipated match which will be shown exclusively in the US on Peacock.