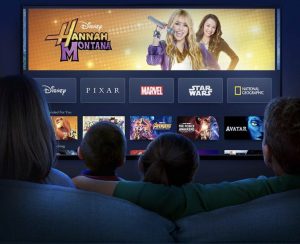 Disney has confirmed that it will shift all the content from its linear channels to Disney+ when they shut down next month in the UK.

The company made a controversial call in June to announce the October 1 UK closure of Disney Channel, Disney XD and Disney Junior, exactly 25 years after the broadcaster began operating in the country. The Sky Cinema Disney channel, dedicated to the studio’s theatrical movie releases, will continue to operate.

In a newsletter sent to the press, Disney said that its SVOD will now premiere all of the latest films, series and specials from the three Disney Channels, along with older favourites from its library.

Many favourites from the annals of Disney Channel’s library such as Boy Meets World, That’s So Raven and Hannah Montana are already available on Disney+, but October 1 will see the addition of other shows and movies such as Jessie, Liv and Maddie and the Descendents film franchise.

Disney+, currently at over 60 million paying subscribers globally, saw a dramatic spike in downloads in the US over the weekend following the release of Mulan as a US$29.99 additional purchase.

According to Reelgood, the streamer saw a 68% increase in app downloads. Mulan was also the most-watched movie among Reelgood’s two million US users, ahead of the Charlie Kaufman-made Netflix original I’m Thinking Of Ending Things.

This success contradicts an earlier report which claimed that the film had underperformed on presales.