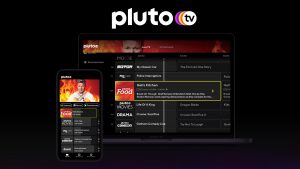 The streamer, currently available in the UK, Germany, Austria and Switzerland, was previously bound to apps in smart TV-connected devices and smartphones, but users can now stream on “all major browser applications” with no login.

There are currently over 100 channels available in the UK, while its German-speaking markets have 78 live channels. Both markets also have access to a wide range of on demand content.

Pierluigi Gazzolo, President Studios and Streaming, ViacomCBS Networks International, said: “Pluto TV has grown consistently since it launched outside of the US two years ago. In Europe and the UK, we’ve increased both our user base and our channel offering on a monthly basis.

“Now, with browser access, anyone who wants to enjoy Pluto TV’s premium channels can do so even more easily than before. This is an important feature, as we aim to continue to grow our offering in Europe, the UK and beyond.”

Pluto TV is becoming increasingly central to ViacomCBS’s streaming strategy. As of the end of Q2, CEO Bob Bakish said that Pluto Pluto “is really cranking” with the free-to-view AVOD registering 33 million monthly active users – with 26.5 million of those coming from the US.

Bakish said that Pluto will “move in parallel” with the company’s upcoming ‘super service’ which will launch next year.