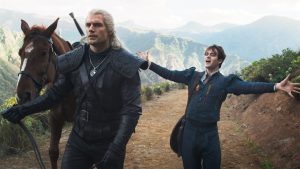 Netflix is set to reach an all-time high stock price following a new report which was bullish on the company.

A Piper Sandler survey was published earlier this week and found that 41% of 1,000 Americans who signed up for Netflix during the COVID-19 pandemic intend to keep their subscriptions even as lockdown measures are eased.

In July, Netflix announced that it had added 10 million subscribers globally during the most recent quarter but has maintained caution over its growth in a post-lockdown world. That led to a total of 193 million subscribers, with a net gain of 26 million so far in 2020 – just two million shy of its entire growth in 2019.

Despite the caution from Netflix, this new survey found that Netflix subscribers were the most likely to keep their subscriptions, followed by Amazon Prime Video (28%) and Disney+ (17%). Only 7% of those who signed up for HBO Max during the lockdown said that they would remain customers, while 19% of cable customers said they’d stick around.

The firm also carried out a separate survey of just Netflix subscribers, and analyst Yung Kim wrote “we found that the majority of subscribers would absorb a price increase, with a weighted average price increase of $2.20/month.”

The analyst added that “overall, we continue to believe Netflix is well positioned to capture an outsized share of traditional content consumption dollars as that spending migrates to streaming.”

Shares in Roku also jumped up off the back of a different report from Citibank analyst Jason Bazinet who gave it a ‘buy’ rating. This saw the company’s stock rise 11% to a near all-time high. The company’s stock closed on Wednesday US$164.28, with the high of US$176.55 in sight.

Bazinet, bullish on Roku, set a 12-month price target of US$180, and predicted that it would grow its monthly active users from 40 million to 125 million. This predicted course would see ARPU rise from US$23 in 2019 to US$32.