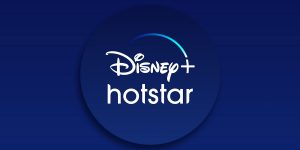 Disney has announced a competitive price point for Disney+ in Indonesia ahead of its September 5 launch.

Disney will also offer a discount to customers of  state-owned mobile internet service provider Telkomsel, with which it previously announced a partnership.

Telkomsel customers who sign up before September 3 will have access to special pricing of IDR15K (€0.87) per month or the IDR30K (€1.73) for three months. These packages also include data plans.

In Indonesia, the partnership with Telkomsel will also see the addition of more than 300 local movies, marking a slight shift from Disney+’s strategy of only offering content it owns. Titles added to the service in the country will include premieres for Sabar Ini Ujian, Pelukis Hantu and Warkop DKI Reborn 4, along with first-look streaming for movies in Indonesia’s superhero franchise the Bumilangit Cinematic Universe.

The country will be the first in Southeast Asia to receive Disney+ following a launch in India, also via Hotstar, in March. In April, Disney said that it had eight million paying subscribers in India and will hope it can carry this success through to further expansions.

The streamer will also launch in Portugal, Belgium, Finland, Iceland, Luxembourg, Norway, Sweden and Denmark on September 15 and in Latin America on November 17.