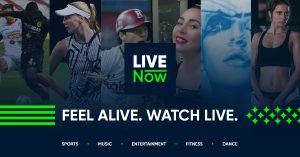 Dubbed LiveNow, the platform offers access to a range of live events ranging from sport and music to industry conferences on a PPV basis.

It soft launched in 2019 and the company said it has undergone an extensive testing phase which included streaming live content from Eleven Sports’ portfolio including Coppa Italia, La Liga and he English FA Cup. The service also offered the One World: Together At Home concert series which saw musicians like Elton John, Kacey Musgraves and Billie Eilish perform from their homes during the height of the coronavirus pandemic, and more recently was used by the Financial Times for its FT Business of Football Summit.

While PPV events over the past few years have dropped in prominence outside of combat sports, the Andrea Radrizzani-founded company is confident that the model – combined with integration with digital platforms, social channels and mobile companies – will prove successful “in a period where the pay TV industry is increasingly stagnant.”

Radrizzani, the founder and executive chairman of Aser Ventures (and owner of Leeds United football club), said: “We built LiveNow because we understand the incredible power that the best live content has to bring people together and we want to make access to this content easier and more flexible for consumers globally.

“LiveNow will serve everyone involved in the streaming of live events. It offers event organisers and rights holders a new and flexible way to make content available to their viewers. It gives viewers easy access to the events they want to watch, on the platforms they want to watch them. And it offers media partners the chance to host great content and share in the revenue generated from pay-per-view.”