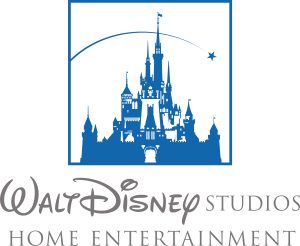 Disney is reportedly winding down its physical media business, with the company set to cease production of 4K UHD Blu-ray discs.

The news comes at a time when its SVOD service Disney+ has surpassed 60 million subscribers globally as a part of a global streaming audience of more than 100 million.

According to home entertainment industry insider Bill Hunt, who says that he has confirmed this with sources inside the company, the Mouse House has “made an internal decision to suspend the 4K Ultra HD release of live action catalog titles from both their own vaults and those of their newly acquired 20th Century Fox label”.

Hunt notes that the move is not surprising, given that while Disney has “been aggressive” with the 4K releases of Star Wars, Marvel and animated releases, it has “made almost no effort to promote any of them” and has not even issued press releases about them – a move branded by Hunt as “odd” when considering that now-CEO Bob Chapek was formerly president of the Disney home entertainment division.

He said that while the impact of the coronavirus pandemic may have had had an effect on the decision making, “most of it seems to be the studio’s determination from top to bottom to focus on building Disney+.”

The insider also said that there is “almost no one left on staff from 20th Century Fox” and that the company’s higher-ups have little faith in live action films outside of its franchises and remakes of animated classics.

There will undoubtedly be even less of an appetite for Disney to invest in expensive physical media when it launches its adult-oriented Star streamer internationally in 2021.

Announced by Chapek last week, Star will entirely be built around its own library of content from ABC Studios, Fox Television, FX, Freeform, 20th Century Studios and Searchlight.

However, Hunt concludes that there have been rumours that Disney was open to licencing its catalogue films to independent studios like Criterion and Arrow, but said that this is “wishful thinking at the moment”.