Marco Hellberg has been named as the new head for M7 Deutschland, which supplies channels for IPTV and cable networks in Germany 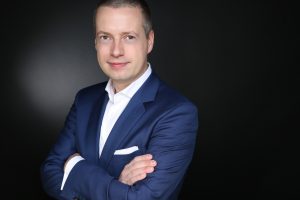 Hellberg has been named as MD of Eviso Germany GmbH, which markets the services of Canal+-owned M7 Group in Germany, charged with driving the growth of the business.

Hellberg has been head of channel management at M7 in Germany since October 2018. Previously, he held various management positions in the media industry, including the RTL Deutschland media group and Unitymedia Kabel BW, now part of Vodafone.

He succeeds Christian Heinkele, who is to run his own consultancy business.

“Television has confirmed its important role as a reliable source of news, information and entertainment in the Coronavirus crisis. With content and licences from M7, network operators can provide their customers with an attractive mix of German-speaking and international free and pay TV channels and secure a decisive competitive advantage,” said Hellberg.

“The basis of this is our proven, long-standing partnerships with cable and IP network operators and TV broadcasters, which we want to further expand, while at the same time we aim to inspire new customers with the variety, quality, stability and reliability of M7.”

Martijn van Hout, country manager Germany and Austria for M7 Group, said: “We are delighted that Marco Hellberg has taken over the management of M7 in Germany, since he has worked with integrity with our customers over the past year and a half and will use this experience to set new standards. I would like to expressly thank Christian Heinkele for his many years of commitment as well as for his excellent and successful work and I wish him all the best for his private and professional future.”