BritBox announces international expansion in up to 25 countries 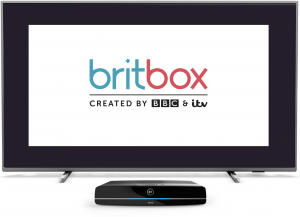 Streaming service BritBox – the joint venture of ITV and BBC Studios – will further its footprint with expansion in up to 25 countries.

The British content streamer initially launched in the US and Canada in 2017 before expanding to the UK last November. The company had already announced plans for a 2020 Australian launch, but this expansion into further countries across Europe, Asia, the Middle East, South America and Africa marks the most significant sign of confidence in the platform.

However, BritBox did not say exactly which countries it would be entering.

The service recently reached the milestone of one million subscribers in the US and Canada, putting it on a par with AMC’s rival British content streamer Acorn TV.

ITV CEO Carolyn McCall, said: “This international expansion plan will firmly establish BritBox as a global premium brand in a rapidly growing sector.Offering subscribers the best and biggest collection of British content has enabled BritBox to rapidly grow in our existing countries and as streaming continues to expand worldwide this roll out will give our distinctive streaming business truly international scale.”

Tim Davie, CEO of BBC Studios and future BBC director general, said: “BritBox has very quickly found a place in viewers’ hearts and we know there is further appetite amongst international audiences who love great British content. We are actively appraising new markets to introduce the service and are very excited about the imminent launch in Australia.”

In an interview with the Telegraph published the day before this announcement, BritBox CEO Reemah Sakaan said that while the service should not be compared to the standard bearer Netflix, it has the potential to become a serious money maker for both British broadcasters: “Yes, we can win at being best of British; yes we have rightful place in the world of streaming; and yes, it is a future lifeline in the digital transformation of both broadcasters.”

She continued: “In pay TV, the BBC and ITV have less than half a percent of the total market. BritBox is just new revenue, which is diversified outside of advertising. We are here to grow to an adequate size and get a good return on investment.”