Sky pulls out of Spain 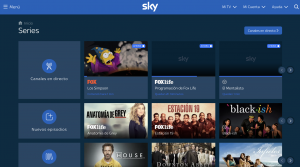 Sky is to pull out of Spain, where it has been operating an OTT TV service for the last three years.

The service will cease to operate on September 1 in what amounts to an admission of defeat in one of Europe’s most hotly contested streaming markets.

Sky has faced competition in the Spanish market for consumer attention from international players such as Netflix, Amazon Prime Video, Disney+ and HBO as well as local players such as Movistar+ and broadcasters Atresmedia and Mediaset.

Sky communicated its decision in a message to users in which it said that it had “had to take the difficult decision to cease operations in Spain” and notified that it would cease offering its service on September 1. It also warned that its content line-up would be impacted from August 10.

Those attempting to sign up for the service have received a message that Sky has ceased to enlist new subscribers as a result of its decision to quit the market.

Sky’s move into Spain was seen as part of a wider OTT TV strategy to expand into other European markets outside its core pay TV territories, and its decision to pull out could be seen as another sign of the changing competitive dynamic, with US media giants increasingly looking to offer their own direct-to-consumer offerings rather than sell content to third-party online services.