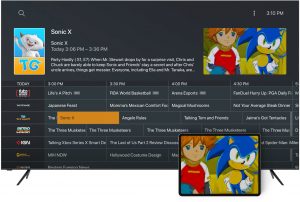 Media streaming platform Plex has made its biggest move into competing with the likes of Tubi and Pluto TV with the launch of a live TV service.

Plex established itself as a media player and organiser for users’ own content libraries, but has quietly expanded with ad-supported movie and TV content in deals with the likes of Endemol Shine, Lionsgate and Warner Bros in the past year.

The company is now making its biggest step yet with the launch of over 80 free linear channels.

Live TV is not a new innovation for Plex, but this feature update makes it far more accessible than before. Users could previously capture and record live TV by having a digital antenna and tuner connected to a Plex media server, but this came with a monthly subscription and the expense of purchasing additional hardware.

In addition, there are a number of channels dedicated to individual shows such as The Bob Ross Channel and Deal or No Deal, along with thematic channels like Surf TV, Law & Crime Trial Network, Game Show Central and Gravitas Movies.

Rounding out the offering are a number of genre-based music video channels.

While none of the channels are of a particularly high profile when compared to those on the likes of ViacomCBS AVOD Pluto TV and NBCUniversal’s newly launched Peacock, Plex hopes to differentiate its offer by making 80% of the channels accessible outside of the US. Pluto, for example, has largely different channel offerings and content based on the local market of the viewer.

All supported by advertising,  Plex co-founder and chief product officer Scott Olechowski said that it now has the scope to take the platform to a new level: “It’s now becoming interesting enough that we’re able to expand this footprint, the licensing we’re doing, the resources we’re putting into it, and the marketing we’re doing it around it. Because of our independence, the quality of the catalogue, and the quality of the app, the amount of interest we’re getting from demand partners is pretty impressive.”