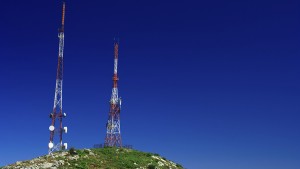 Portugal has pushed back the migration of digital-terrestrial TV services to clear the 700MHz spectrum for 5G by nine days because of delays to essential work caused by the COVID-19 pandemic.

Altice Portugal/Meo, which is responsible for the transition informed regulator ANACOM on July 10 that it needed to change the timetable to he unavailability of one of its suppliers to provide resynchronization services on the ground.

The watchdog said that the migration process of the DTT network, which has been suspended due to the pandemic crisis, will now resume on August 12 and not on August 3 as Meo had previously proposed.

According to a new timetable created by Meo and accepted by the regulator and the government, the process will now kick off with the migration of a transmitter at Alter do Chão on Auguyst 12, rather than with the Palmela transmitter as had been planned originally, followed by transmitters in the Greater Lisbon area.

Completion of the project is now scheduldd for December 18, a week later than originally envisaged.

ANACOM said at the time that Meo was encountering difficulty implementing the changes due to the impact of Portugal’s civil protection and public health measures.

The suspension of the move to clear the 700MHz band and relocate services to alternative frequencies meant that the deadline of June 30 set for completion of the project could not be met.

Relations between ANACOM and Altice-owned Meo have at times been difficult with the pair previously coming to blows over the timing and phasing of the 700MHz project. Meo had previously described the timetable presented by the regulator as “unrealistic and impossible to meet”.