Nordic service provider Tele2 was hit by the impact of the coronavirus crisis in the second quarter, including the suspension of premium sports and its impact on TV numbers, but managed to grow underlying earnings after realising synergies from its merger with Com Hem. 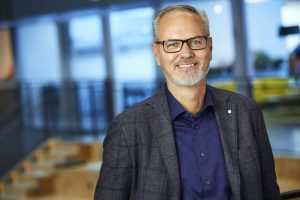 Service revenue from TV declined by 12% in the quarter as the lockdown around Europe took its toll. Mobile prepaid and fixed telephony revenues also fell, but the impact was offset to some extent by growth in broadband and mobile postpaid revenues, with the net effect that Tele2’s overall service revenues fell by 2%.

TV service revenue per user declined by 8%, with lower sales also having an impact. Outgoing CEO Anders Nilsson said he expected TV trends to improve in the second half of the year as sports returned and the company is able to increase its prices.

Tele2 overall posted revenue of SEK6.7 billion down 2% on an organic basis. Underlying EBITDAaL was SEK2.3 billion, up 4%, driven by cost reductions from 2019 as well as moves to mitigate the impact of the pandemic this year.

“Thanks to our efforts to refocus the company, Tele2 faired relatively well in a quarter that has been difficult for the sector and society as a whole,” said Nilsson.